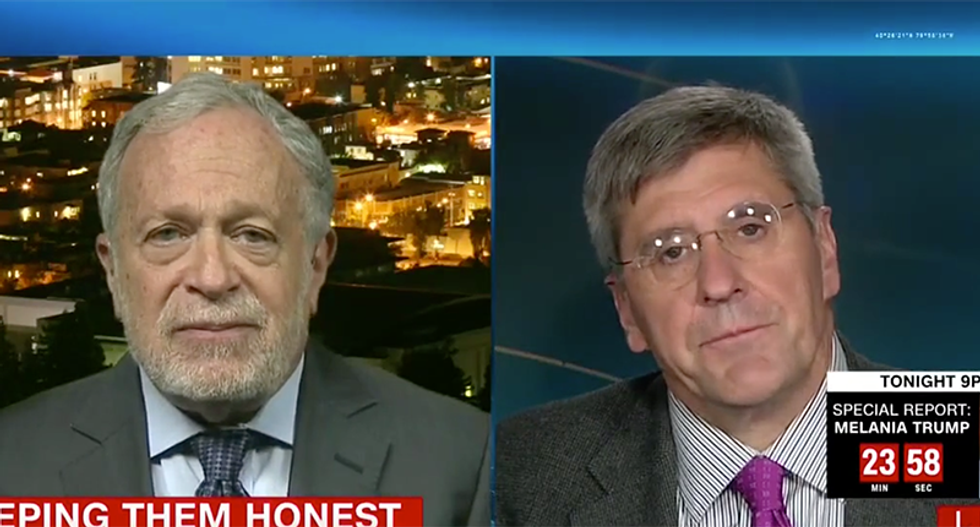 Robert Reich agreed with Donald Trump's economic advisor Stephen Moore, who claimed that no one should take Trump seriously. Reich quantified 'on anything,' however.

Reich explained that it is far too early to credit Trump with any economic success given that he has yet to pass a single piece of legislation much less instituted any economic policy.

Moore tried to claim that the economy really turned around after Nov. 7, and he credits it all to Trump. However, he admitted Reich was correct that a few months doesn't tell the true tale of Trump on the economy.

"You can't point to much negative that's happened since the election," Moore continued.

"I'm not pointing to anything negative, Steve," Reich cut in. "I'm simply saying this is a direct continuation we've had before. The only thing that happened ... on election day and soon after election day, was the stock market took off. Now, we're talking about jobs today. This is a jobs report. The stock market reflects expectations of investors about future profits."

Reich continued that the markets went up because corporations expect "a huge corporate tax cut a lot of regulations being slashed" all of which will "improve corporate profits, but it says nothing about jobs."

Both men liked the way the economy was going but they disagreed on who would get credit.

Watch the full economic explanation below: