Ex-intel official: There's only one person Mike Flynn could give up to get immunity -- Donald Trump 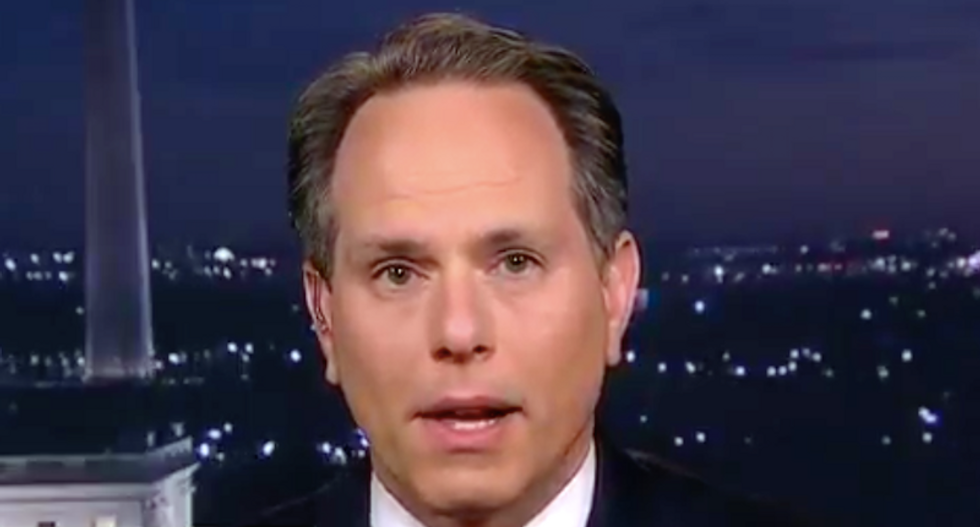 Michael Flynn has offered to testify about possible Trump campaign ties to Russia, but a former top intelligence official said investigators would only offer the disgraced national security adviser a deal if he could deliver evidence against someone higher up the chain.

There's only one person who fits that description -- and that's President Donald Trump, said Jeremy Bash, the former chief of staff for both the CIA and Department of Defense and former counsel to the House Intelligence Committee.

"For the Justice Department to agree to give somebody like him immunity, it means they want him to turn and testify against someone higher up in the food chain," Bash told MSNBC. "Who is higher up in the food chain, higher than the national security adviser? There's really only one person, and so this shows that the jeopardy of criminal liability actually extends all the way to the top."

Federal investigators have so far have not accepted Flynn's offer to exchange his testimony for immunity from criminal prosecution, which Bash said raised new questions.

"Immunity from what?" Bash wondered. "What is he in jeopardy of being prosecuted for?"

Bash, who served during the Obama administration, said Flynn -- who worked as a lobbyist for the Turkish government while receiving classified briefings for the Trump campaign -- could potentially be prosecuted under the Espionage Act for conspiring with a foreign power to provide national security information.

"That is a major felony, and that is essentially treason," Bash said.

"It would not surprise me at all if what the prosecutors said to Flynn's lawyers is, 'We haven't reached any conclusions on the Russian matter, but we have your guy dead to rights for not registering under the laws requiring registration as a foreign agent and second of conspiring to engage in kidnapping -- you better come in and make a deal,'" he said.

He's not sure Flynn's offer would be worthwhile to federal investigators unless he could deliver evidence of crimes committed by the president.