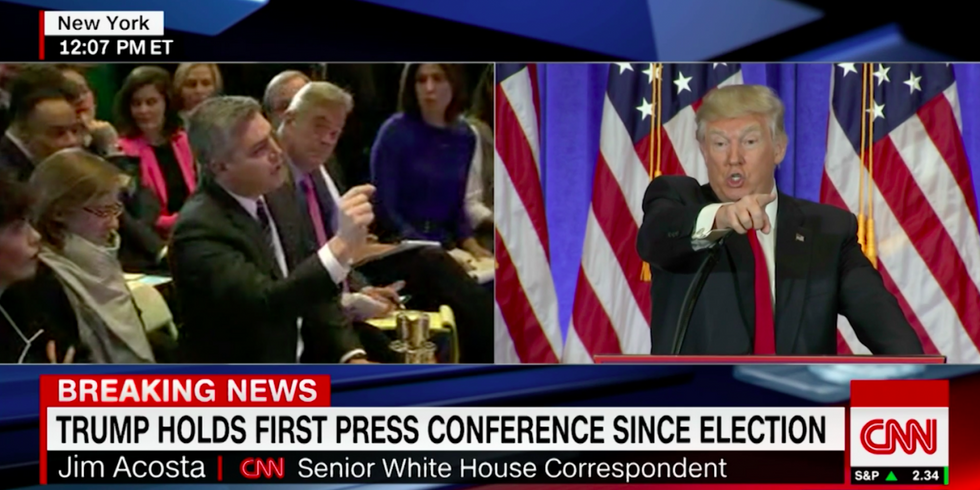 Former NSA analyst John Schindler, who now is a national security columnist for the Observer, reported on Tuesday that his sources in the intelligence community believe that President Donald Trump's White House is colluding with Russian intelligence to "target journalists."

Although Schindler provided no additional details, it's no secret that Trump has all but declared war on the media during his first 45 days in office. However, the president has embraced conservative media sources like Fox News, Breitbart and various right-wing blogs.

In one case, the White House tried to punish Politico reporter Alex Isenstadt by planting a false story accusing him of laughing at the death of a Navy SEAL. Trump has called the media "fake news" and "an enemy of the people."