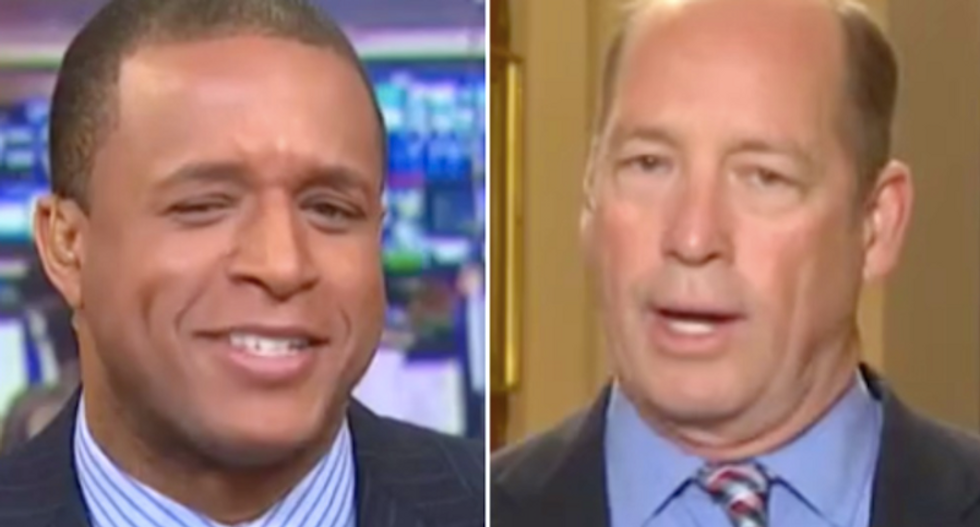 Nunes has come under fire after publicly revealing the Trump transition team had been snared in the U.S. surveillance of foreign agents, and then briefing the White House, before sharing those details with his colleagues.

He still hasn't shared the documents, which he obtained from an undisclosed source on the White House grounds, and some GOP lawmakers have begun calling for him to step down from overseeing the investigation.

"I know Devin, (and) he's a man of high integrity and character," Yoho said, echoing his previous defense of Nunes.

"I think he will do the right thing," Yoho continued. "If he feels he's been compromised and needs to step aside, I'm sure he will. Until he makes that decision I'm not concerned with it."

The Florida Republican then misrepresented the Constitution's separation of powers to justify Nunes briefing President Donald Trump on the surveillance, even though some members of his transition team -- and possibly the president himself -- are under FBI investigation for alleged ties to Russia.

MSNBC’s Craig Melvin asked Yoho whether the committee chairman actually worked for his constituents, and not the executive branch.

"You do both," Yoho said. "But when in that capacity, if you've got information, I'm okay with what he did."

Yoho then complained that he didn't work for the president when Melvin asked him about Trump's attacks on his fellow conservatives in the Freedom Caucus.

Melvin pointed out that Yoho had claimed just moments before that Nunes worked for the president, and the lawmaker stumbled.

"As a congressman, they work for their constituents, as a chairman of a committee, he has, okay?" Yoho said.