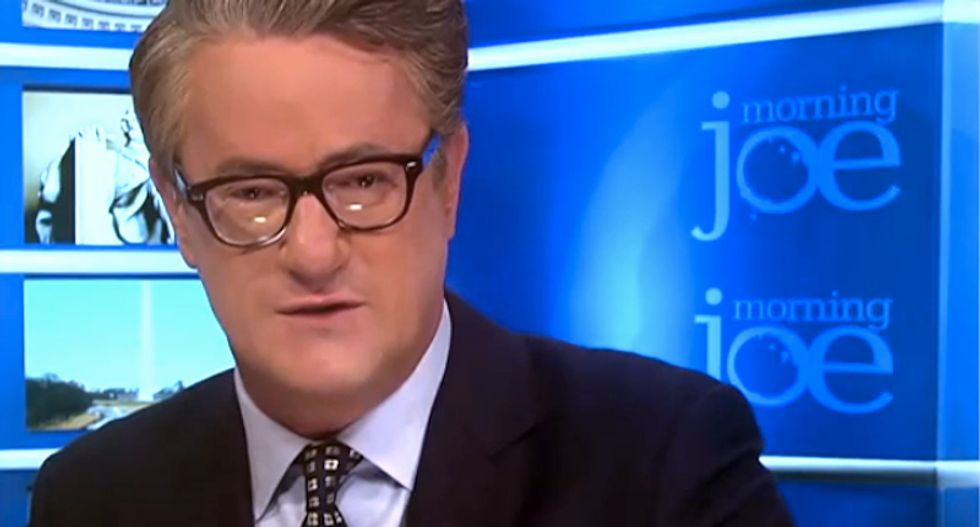 A "Morning Joe" panel gave President Donald Trump high marks for his speech before Congress, but they tempered their praise with caution that governance requires hard work.

MSNBC's Joe Scarborough opened the segment by defensively arguing that he wasn't "normalizing anybody," and he pointed out that former presidents Bill Clinton and Ronald Reagan had still not found their footing at this point in their administrations.

Journalist Bob Woodward also reminded panelists they were only discussing words, and he urged them to continue watching Trump's actions as president.

"The words matter and the tone matters, and if you try to pull back, the question mark is what is he really going to do?" Woodward said. "There are a series of policy issues, particularly in foreign relations -- the Middle East, Russia, China, North Korea -- what he is going to do with cybersecurity and so forth. Those are the things that are going to define his presidency, not words."

Scarborough again returned to the normality of Trump and his presidency.

"The normalization of Donald Trump is something that critics have feared," Scarborough said. "I can tell you a week ago, when he is talking about the press being the enemy of the people, you had a lot of extraordinarily nervous Republicans and Democrats. This was Donald Trump normalizing Donald Trump. Last night, it was nice to be sitting in that chamber again and going, 'Oh, OK.' Republicans like this, Democrats hate this, Democrats like this. It was almost normal last night instead of going, 'OK, after the first terror attack, is he going to try to strip freedoms from Americans? is this a (Steve) Bannon play to crush the press? Is this a Trump play to crush the courts?' Last night was a normal moment, and that was relief to a lot of Democrats and Republicans in the room."

"Let's be honest -- there's an element of grading on a curve here," Geist said. "It was better than the speeches he has given in the past, and we said it's normal and could have been Reagan, and that made it better than usual. That is true. But what I was struck by was that it was forward-looking. He has been so mired in an election he won and talking about his electoral margin, making up facts about that, fighting these petty fights with members of the press. Last night, he was a president. He was looking forward in a big, grand way. Now the question is, can he execute all of these plans? Of course, the devil's always in the details, but if he can keep his eyes forward and stop being mired in the past that's a good thing -- not just for him, that's a good thing for the country."