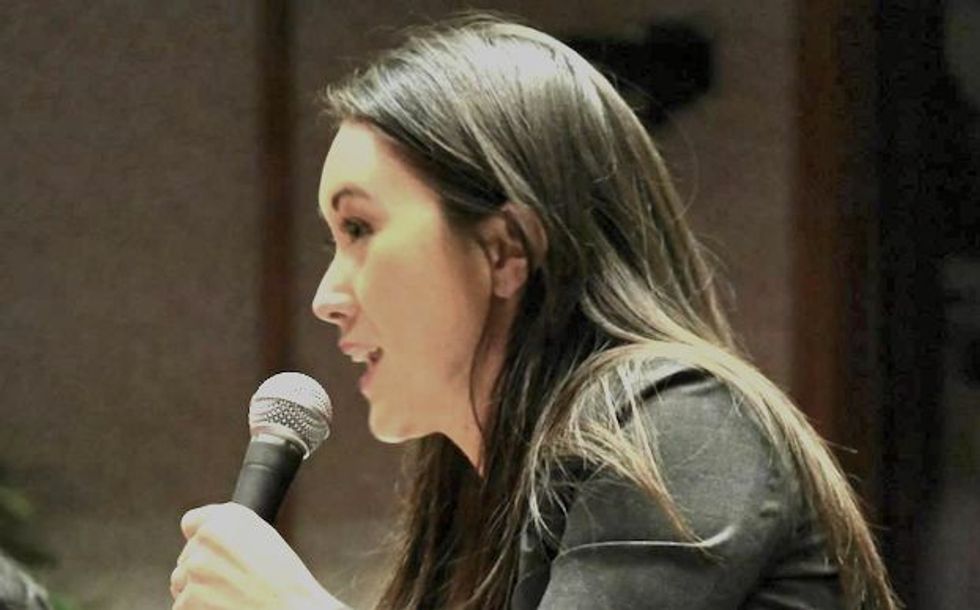 Hawaii Rep. Beth Fukumoto (R) announced on Wednesday that she would be leaving the Republican Party and is seeking to join the Democratic Party instead. KITV 4 reports Fukumoto "cited racism and sexism as the core reasons why she's leaving" during a press conference.

Fukumoto was ousted by the Hawaii GOP from her position as House Minority Leader last month after she participated in the Women's March.

She said the party was "getting increasingly hostile to different opinions," explaining she had previously been "booed for about 10 minutes straight for raising concerns about President Trump, then nominee Trump, and the way he treated women and minorities."

The Hawaii Representative released a statement on Wednesday to announce her resignation from the GOP, writing, "When I joined the Republican Party eight years ago, I did so with a group of people my age who were full of hope, ideas and energy." In their view, the Democratic party represented the status quo who were not concerned with the lives of local Hawaiians dealing with income inequality and a housing crisis.

"I discovered that it wasn’t just me and my Republican friends trying to change the status quo," the statement continued. "There were good Democrats trying to change things too. So we started working together. But, in doing so, I ran into Republican partisanship that insisted I stop working with Democrats even when it clearly benefitted our community."

Fukumoto explained that she "did everything [she] could think of to fight for a better Republican Party," including speaking out against Trump. "Ultimately, it will be up to Democrats to decide if they want to accept me or not, but I want to assure my constituents that I will continue to uphold the convictions I have always demonstrated, regardless of my political affiliation."