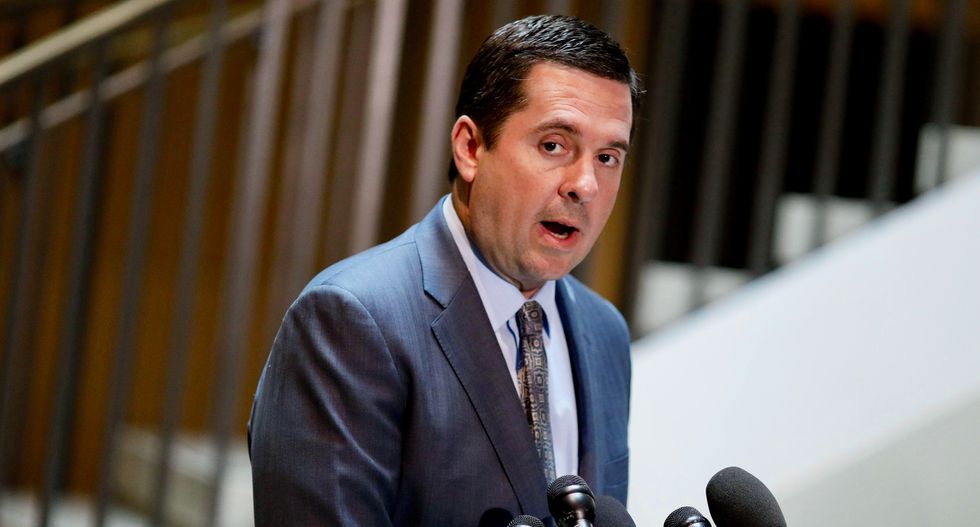 Leaving his aides behind, the chairman on the House Intelligence Committee disappeared the night before he met with President Donald Trump and tipped him off that the intelligence community "incidentally collected" information on Trump transition members.

According to The Daily Beast, Rep. Devin Nunes (R-CA) was traveling in an Uber with an aide Tuesday night when he received a call on his cell phone and then left the car, giving no indication where he was going. The abrupt departure by Nunes was verified by three committee officials and a former national security official.

Wednesday Nunes called a surprise press conference where he told reporters, “The intelligence community incidentally collected information about U.S. citizens involved in the Trump transition,” before going to the White House to inform the president about what he had seen.

Later in the day, Nunes was flayed by House Intelligence Committee members for not sharing the information with them, with Democrats calling for him to recuse himself for acting like a "surrogate for the White House."

The senior Democrat on the committee, Rep. Adam Schiff (D-CA) has continued to criticize Nunes, saying the Republican has refused to share what he saw and who showed it to him.

Speaking with the press on Friday, Schiff made a reference to Nunes' "dead of night excursion," before adding he and other committee members are still "in the dark."