'I believed everything he said': Ex-supporter whose son OD'd says Trumpcare made him turn on the president 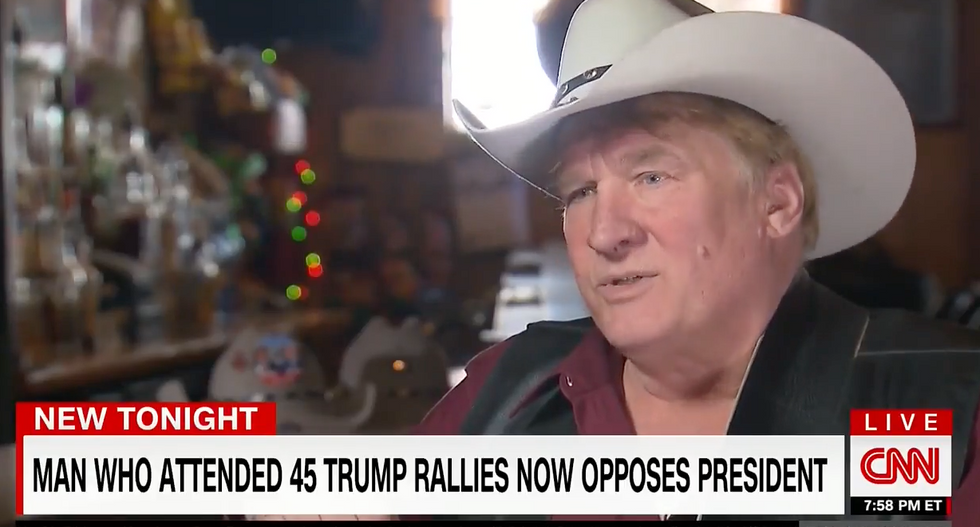 CNN’s Erin Burnett Out Front on Tuesday profiled a former Donald Trump supporter who attended 45 rallies during the campaign, but no longer supports the president or his agenda.

Kraig Moss shadowed Trump’s campaign rallies during the 2016 election to tell the story of his son, Rob Moss, who died on Jan. 16, 2014 from a heroin/fentanyl overdose at age 24. The grieving father was a staunch Trump supporter, and was encouraged to support then-candidate Trump by his promise to help addicts struggling with addiction. Trump even reached out to Moss personally at a rally, calling him “a great father,” and assuring him, “your son is proud of you.”

“I’m not on the Trump trail anymore, and I’ve lost my heart,” Moss told CNN’s Elizabeth Cohen in an interview, pointing to the president’s support of the American Health Care Act, which would drop an addiction treatment and mental health mandate that covers 1.3 million Americans. Moss told Cohen he believes Rob would still be alive if he had health insurance.

“I believed everything he said,” Moss said. “Now I don’t believe he was true in his word when he was speaking. I think he was looking for votes, to be honest with you.”

“It’s not at all what Mr. Trump promised everybody he was going to provide for us,” he added. “I feel that now—anger, I feel hurt inside.”

Moss has set up a GoFundMe page in honor of his son. He hopes to raise awareness about the dangers of heroin. You can visit that page here.