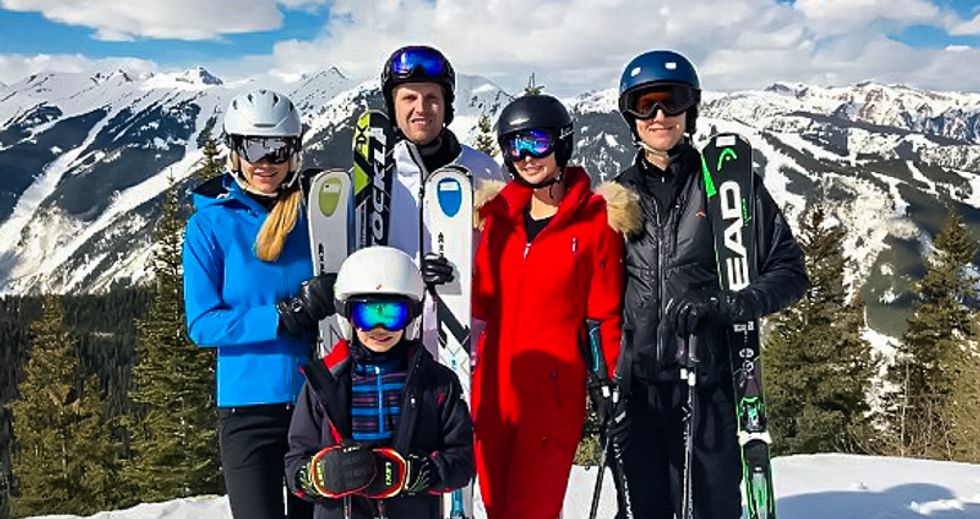 As the president's push for health care reform went down in flames last week, Kushner and his family were reportedly skiing in Aspen. Trump was said to be unhappy about the timing of the vacation.

Photojournalist Eric Rosenwald examined flight logs from airports in the area and found that Kushner arrived in Aspen on Saturday, March 18 -- the same day as Russian billionaire Roman Abramovich, who has been described as "one of Putin's closest confidants." Abramovich is known to own a home in Aspen.

Rosenwald goes on to point out that two days later Abramovich's plane flew to the Caribbean just as two planes linked to Michael Cohen, special counsel to the president, arrived at nearby airports.

On Thursday, March 20, Abramovich’s plane flew to the northern Lesser Antilles, a group of islands in the Caribbean Sea. On the same day, two aircraft linked to Michael Cohen did the same – one via Palm Beach, Florida, home of Donald Trump’s Mar-a-Lago resort. It’s important to note that Caribbean nations are famous for their tax haven status, and it’s possible that these trips are purely coincidental.

Abramovich’s aircraft landed in St. Maarten, while two smaller Beauty Central LLC-owned Gulfstream jets landed in Anguilla (one of which stopped in Palm Beach, first.) St. Maarten, St. Martin, St. Barth and Anguilla are nearly the same destination. The islands lie several miles apart and have close economic and social ties. St. Maarten (formerly Dutch) and St. Martin (formerly French) are actually two sides of the same island. Each island has an airport, but they differ in their size and ability to serve large aircraft.

"It’s unclear whether or not any of these flights are related, but further investigation is certainly warranted," Rosenwald concludes.