Jason Chaffetz: Attorney General Jeff Sessions must recuse himself from any Russia investigation 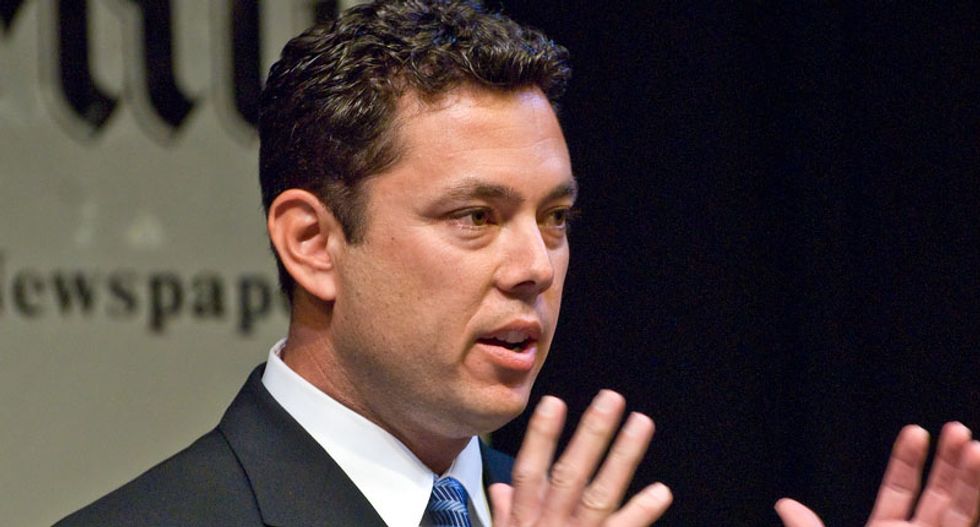 Rep. Jason Chaffetz (R-UT), who serves as the chairman of the House Committee of Oversight and Government Reform, said on Thursday that Attorney General Jeff Sessions must recuse himself from any investigation into President Donald Trump's campaign and its contacts with the Russian government.

"AG Sessions should clarify his testimony and recuse himself," Chaffetz wrote on Twitter, hours after the Washington Post had reported that Sessions had failed to disclose two meetings with Russian Ambassador Sergey Kislyak during last year’s presidential campaign at his Senate confirmation hearing.

Chaffetz wasn't the only high-ranking Republican to call on Sessions to recuse himself, as House Majority Leader Kevin McCarthy similarly said it would be appropriate for the attorney general to recuse himself from any investigation on Russia's involvement in the 2016 presidential election.

The current Sessions controversy erupted after it was revealed that he met twice with the Russian ambassador in the heat of the 2016 presidential campaign, despite the fact that the told the Senate during his confirmation hearing that he had never met with any Russian official in his role as a Trump campaign surrogate.