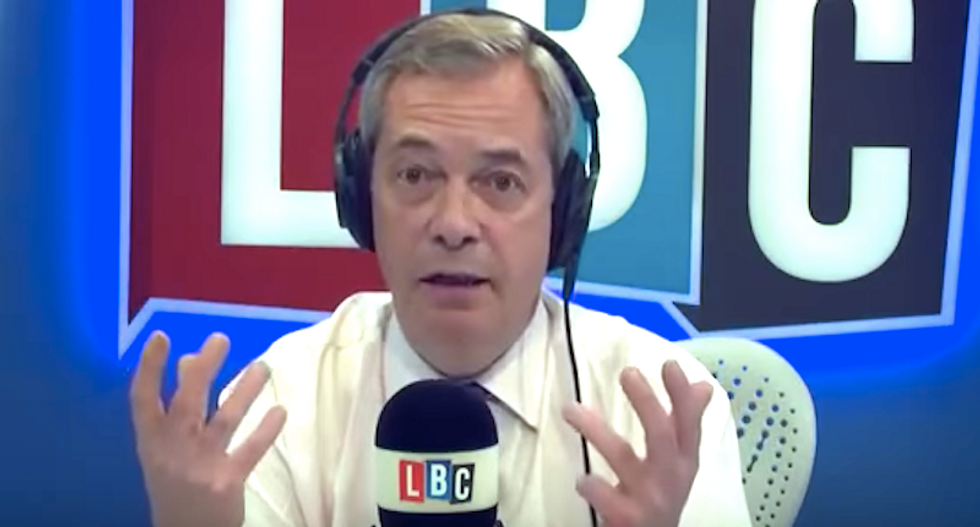 Leaked emails reveal Nigel Farage, who led the push for Brexit and now serves as an "unofficial adviser" to President Donald Trump, has longstanding ties to WikiLeaks founder Julian Assange.

Farage visited the Ecuadorian embassy Thursday where Assange has sought asylum since 2012, but the former leader of the UK Independence Party told Buzzfeed he couldn’t remember what he’d been doing in the building just moments earlier.

Emails leaked to Business Insider show UKIP and other Farage-led political groups defended Assange after a European Arrest Warrant was issued for him in February 2011 on sex assault charges in Sweden.

"So far, UKIP London has been only British political party to openly support Mr Assange fight against EAW and his freedom of speech, and we would very much like to continue doing so," reads one email sent from the office of Gerard Batten, a UKIP member of parliament, to Assange's lawyer, Mark Stephens.

Other emails show Batten promised to table a motion in support of Assange in the European Parliament, and UKIP offered to hold a joint press conference with Stephens in Brussels.

Another group led by Farage, Europe of Freedom and Democracy, then tabled a motion attacking the arrest warrant as abusive.

"Is the Assange case about the alleged crimes committed or is it about the desire of America to extradite him from a compliant European country?" Batten asked other members of parliament.

Batten called the the European Parliament "contemptible" for shutting down a debate on the Assange case, and the UKIP lawmaker told the pro-Kremlin broadcaster RT that efforts to extradite Assange were "legalised kidnap."

UKIP organized an event with members of the House of Lords and Assange's lawyer, and both Farage and another UKIP leader, Steven Woolfe, spoke out against the warrant.

Farage has defended Assange from accusations that he collaborated with Russian intelligence in the hacks of the Democratic National Committee and Hillary Clinton campaign officials.

Sean Spicer, the White House press secretary, declined to comment Thursday on whether Farage was meeting Assange on behalf of the Trump administration.

Farage's 40-minute visit to the embassy in London came two days after WikiLeaks published a trove of documents that describe in detail how the CIA uses software tools and techniques used to hack into smartphones, computers and Internet-connected televisions.