'No one is safe': Ex-North Carolina police chief rips customs agents for detaining him because of his name 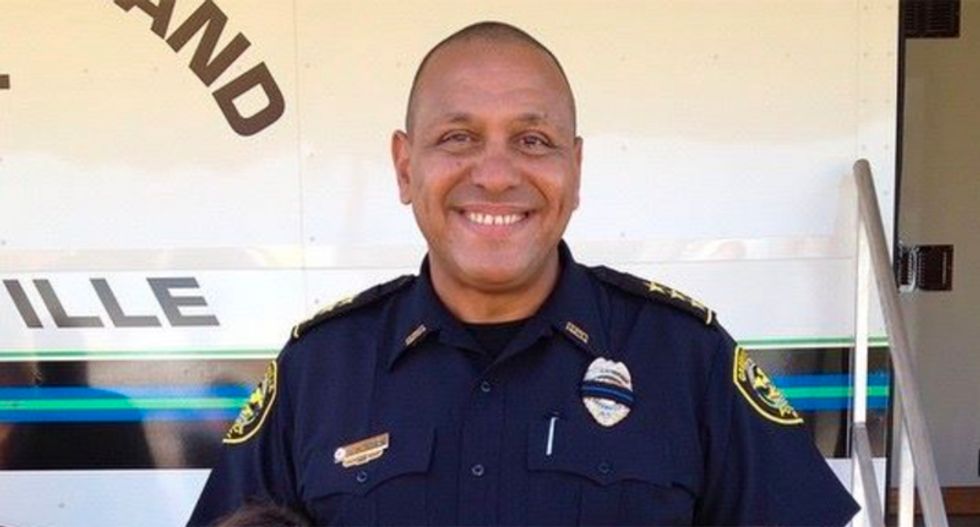 A retired police chief from Greenville, North Carolina harshly criticized immigration officials who pulled him out of line, stripped him of his possessions and detained him due to his name.

Writing on Facebook on Saturday, retired cop Hassan Aden said he was returning from Paris where he helped his mother celebrate her 80th birthday when he was singled out and pulled from line by a customs official at John F. Kennedy International Airport who asked, “Are you traveling alone? Let’s take a walk.”

"I was taken to a back office which looked to be a re-purposed storage facility with three desks and signs stating, ‘Remain seated at all times’ and ‘Use of telephones strictly prohibited’—my first sign that this was not a voluntary situation and, in fact, a detention," Aden wrote. " By this point I had informed CBP Officer Chow, the one that initially detained me, that I was a retired police chief and a career police officer AND a US citizen—he stated that he had no control over the circumstance and that it didn’t matter what my occupation was."

According to Aden after handing his passport over he was told that someone was using his name and that he had had to be cleared "so that I could gain passage into the United States… my own country!!!"

Aden said that he was not allowed to leave or contact his family at the same time an official told him he wasn't being detained.

"He had the audacity to tell me I was not being detained. His ignorance of the law and the Fourth Amendment should disqualify him from being able to wear a CBP badge—but maybe fear and detention is the new mission of the CBP and the Constitution is a mere suggestion," he wrote. "I certainly was not free to leave. As former law enforcement, believe me, I agree that if certain criteria is met, a reasonable investigative detention is not inappropriate-the key here being ‘reasonable.’"

The retired police chief then warned anyone can be profiled, even when they can prove they are also in law enforcement.

"I spent nearly 30 years serving the public in law enforcement. I interface with high level U.S. Department of Justice and Federal Court officials almost daily," he wrote. "Prior to this administration, I frequently attended meetings at the White House and advised on national police policy reforms. All that to say, if this can happen to me, it can happen to anyone with attributes that can be ‘profiled.’ No one is safe from this type of unlawful government intrusion."