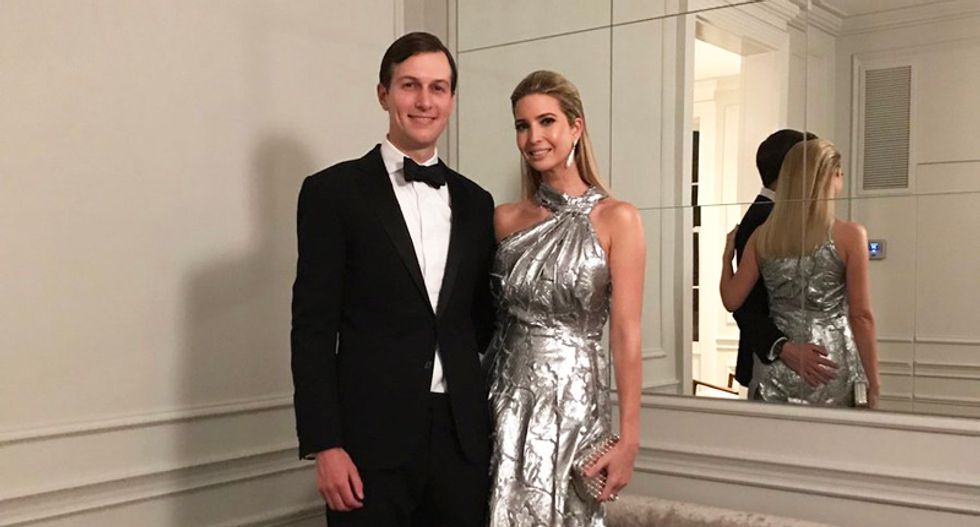 Kushner, who is President Donald Trump's son-in-law, met with the Russian ambassador to the U.S. during the presidential transition and then sent a deputy to a second meeting requested by the diplomat, Sergey Kislyak, reported the New York Times.

White House spokeswoman Hope Hicks told the newspaper that Kislyak requested that meeting to "deliver a message" to Kushner, who the ambassador wanted to meet with Sergey Gorkov, the chief of Vnesheconombank -- and he later did.

Hicks said nothing of consequence was discussed at that meeting, and she said Kushner had nothing to hide about the previously undisclosed meeting.

Vnesheconombank also hosted a spy ring at its New York City offices, according to U.S. investigators.

Evgeny Buryakov, a Russian citizen, pleaded guilty in March 2016 for failing to register as an agent of a foreign government and conspiring to act as an agent without notifying U.S. authorities, reported The Guardian.

The 42-year-old Buryakov posed as a banker while working for Russia’s foreign intelligence service, the SVR, and conspired with two other Russians -- Igor Sporyshev and Victor Podobnyy -- to recruit New Yorkers and gather economic intelligence related to U.S. sanctions.

They were also accused of helping a “leading Russian state-owned news organization,” which wasn't identified in court documents, gather information to help the SVR.

The Kremlin has promoted its interests through English-language outlets such as RT and Sputnik, and it also operates the state-run media outlets Tass and RIA Novosti.

Two U.S.-based right-wing websites, InfoWars and Breitbart News, have come under investigation as part of the broader probe of Russia's possible involvement in the U.S. presidential election.

Sporyshev, a Russian trade representative, and Podobnyy, an attaché to the United Nations, were not arrested in connection with the spy ring because they enjoyed diplomatic immunity and have since left the U.S.

Buryakov was prosecuted by former U.S. Attorney Preety Bharara, who was fired earlier this month by the president after refusing the White House order to resign along with 45 other U.S. attorneys appointed by former President Barack Obama.