Sean Spicer: April Ryan is tough enough to 'take it' when I scold her for shaking her head 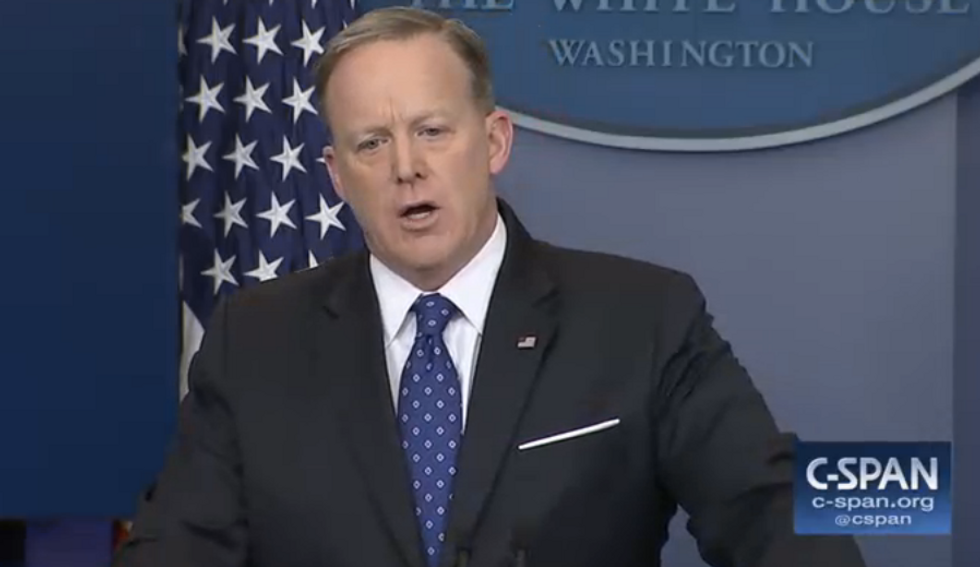 White House Press Secretary Sean Spicer on Wednesday defended his decision to scold American Urban Radio Correspondent April Ryan earlier this week by saying that it would be "demeaning" to Ryan to say she's not tough enough to "take it."

Appearing on Hugh Hewitt's radio show, Spicer said that Ryan isn't afraid to dish it out when she asks him questions, which means she is tough enough to take it when he pushes back on her, such as on Tuesday when he told her to "stop shaking" her head.

"April is a tough reporter that knows how to throw it out and take it back," Spicer said, per Business Insider. "I think it's frankly demeaning for some folks to say that she can't take it. We went back and forth, I disagreed with... the angle and the way she was coming at the question, but that's what we do, we go back and forth."

In the wake of being scolded by Spicer, Ryan told MSNBC that he treated her like "roadkill" in an effort to "make this administration look better than what it does right now."