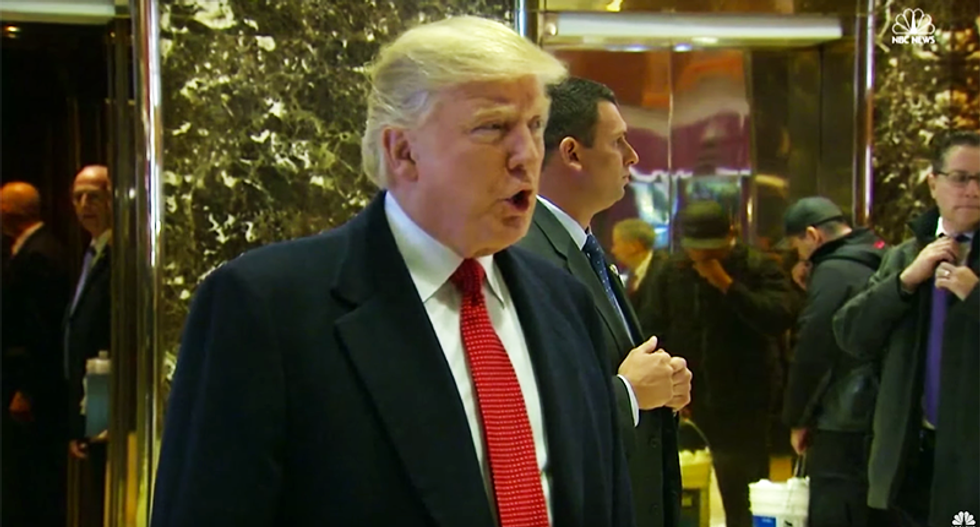 A laptop computer containing floor plans for Trump Tower and other national security data was stolen from a Secret Service agent's vehicle.

Police have been "scrambling like mad" since the computer containing "highly sensitive" information was swiped Thursday morning from a parked car in Brooklyn, reported the New York Daily News.

The thief got out of another car, which investigators believe may have been an Uber, in the Bath Beach neighborhood and took the laptop, along with some coins and a black bag with the Secret Service insignia on it, from the agent's vehicle parked outside her home.

Some items were later recovered, but the laptop is still missing.

The thief also took the agent's access keycard, although it's not clear what level of access she had.

There was no information on the computer about the White House or other world leaders, but police said the theft was "a very big deal."

The president's wife and youngest son are still living at Trump Tower until the end of the school year.