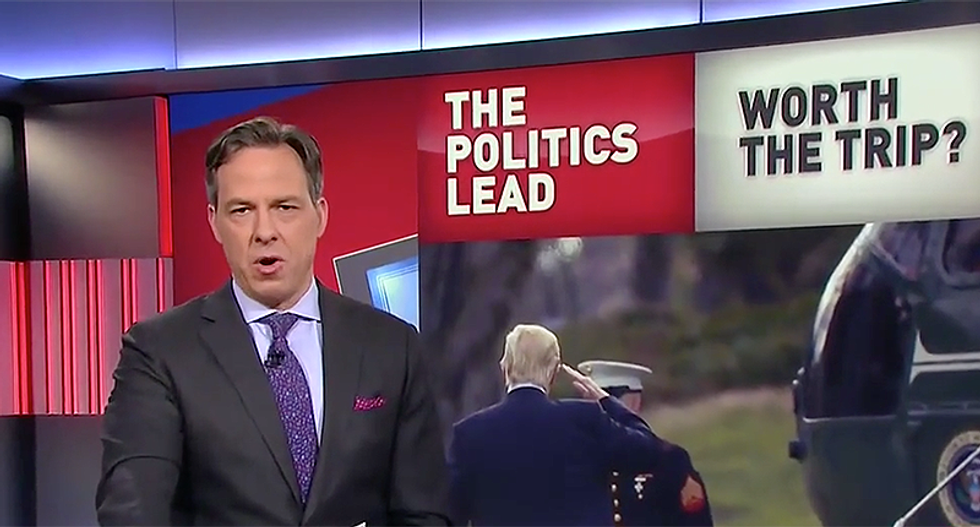 Every time President Donald Trump spends the weekend at his Mar-a-Lago club in Palm Beach, it costs taxpayers $3 million. Yet, just days ago, Trump told Americans that spending must be cut.

"Unfortunately, the budget we're essentially inheriting is a mess. The finances of our country are a mess," Trump told reporters at the start of a meeting with Treasury Secretary Steven Mnuchin and Office of Management and Budget director Mick Mulvaney. "We must do a lot more with less."

If his own spending is any indication, Trump must have meant that everyone other than him must do more with less

"Do a lot more with less," Tapper said. "Presidents are certainly entitled to take a day off, but any deficit hawk would ask, 'is a weekly trip to Palm Beach by the president doing a lot more with less?' He takes Marine One, Air Force One, and motorcades to get the president to his posh oceanside estate with intense secret service protection. There is another retreat much closer and cheaper. That, of course, would be Camp David. It is already set up to be a working White House and has security protocols in place 24/7."