‘This is for you all motherf*ckers that voted for Trump’: ICE arrests captured by sobbing family on Facebook 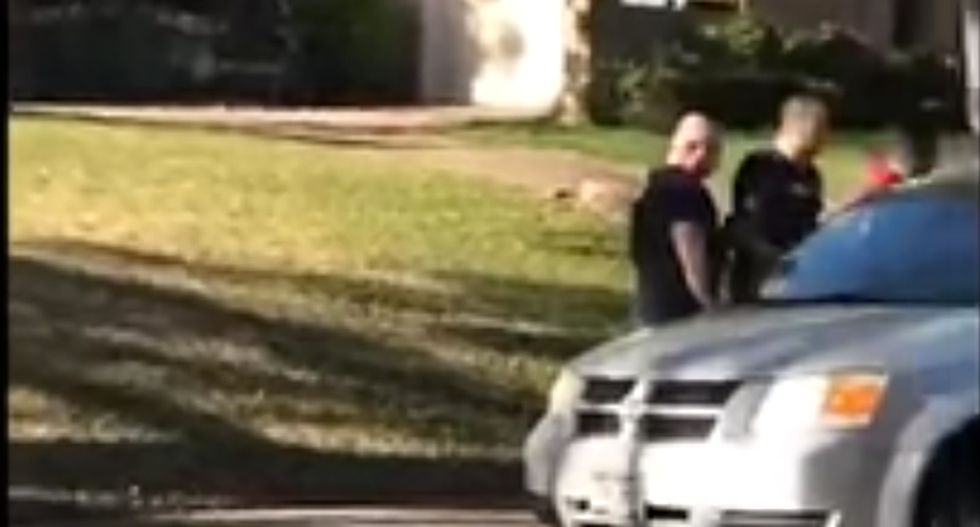 Robert Espino turned on his Facebook live video this week to show the moment that DeSoto Police and U.S. Immigration and Customs Enforcement arrested his brother and brother-in-law, Marin Marquez and Eduardo Diaz.

According to the activist site Latino Rebels, Espino lost his family members because his brother had a previous conviction for a traffic infraction. The brother served his time, according to Espino, but ICE came after him again.

"My brother and brother in law were cuffed and taken away from their families they are not drug dealers, rapist, thieves, not even a traffic ticket," he said on the video. "They leave behind wives, sons and daughters. This what Donald J. Trump supporters wanted, to see families torn apart because of where you’re born.”

The sobbing family is seen while Espino railed against the right-wing and Trump supporters for the deportation.

"This is for you all motherf*ckers that voted for Trump," he said. "Breaking up families and sh*t. DeSoto’s fu*king finest, ain’t got sh*t better to do. F*cking with families don’t catch real f*cking criminals. You Trump supporters happy? My nine-year-old niece getting her father taken away from her. God knows how long it will be ...before he sees his family again."

Diaz was in the process of getting his citizenship. He was arrested 20 years ago for a relationship with a 15-year-old girl while he was also a teenager. Law enforcement alleged Díaz was violating his probation but didn't explain what the probation was.

A GoFundMe has been started to help the family at such a difficult time.

Watch the video below via Latino Rebels: