Trump fans stage series of small, sparsely-attended rallies across US 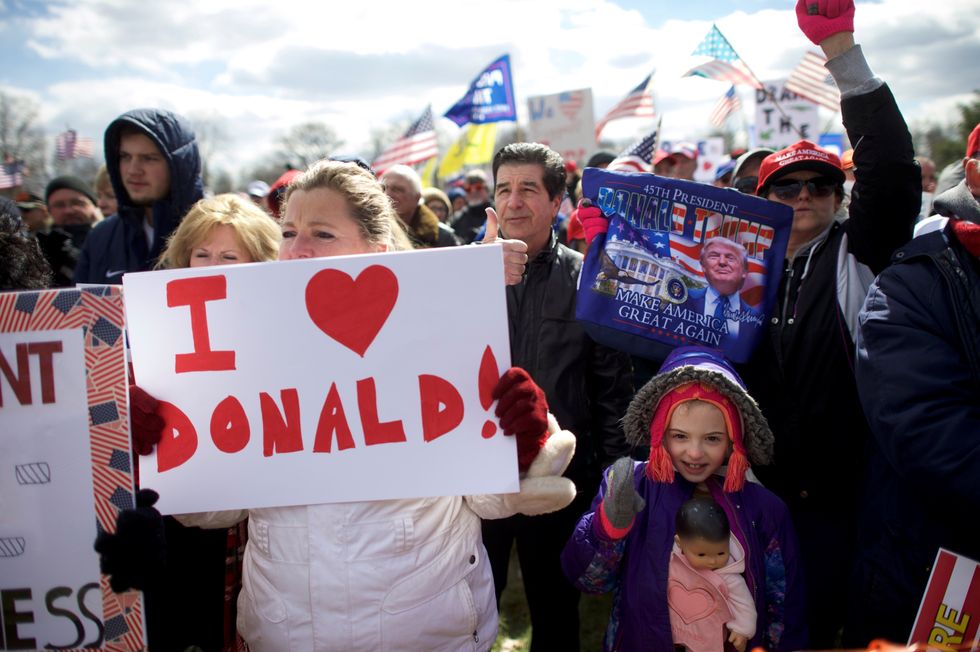 Supporters of President Donald Trump held a second day of small rallies on Saturday in communities around the country, a counterpoint to a wave of protests that have taken place since his election in November.

Organizers of the so-called Spirit of America rallies in at least 28 of the country's 50 states had said they expected smaller turn-outs than the huge crowds of anti-protesters that clogged the streets of Washington, D.C., and other cities the day after Trump's inauguration on Jan. 20.

Their predictions appeared to be correct, as they were on Monday when similar rallies were held. In many towns and cities, the rallies did not draw more than a few hundred people, and some were at risk of being outnumbered by small groups of anti-Trump protesters that gathered to shout against the rallies.

"People feel like they can't let their foot off the gas and we need to support our president," said Meshawn Maddock, one of the organizers of a pro-Trump rally of about 200 people in Lansing outside the Michigan State Capitol building.

"How can anyone be disappointed with bringing back jobs? And he promised he would secure our borders, and that's exactly what he's doing."

Brandon Blanchard, 24, among a small group of anti-Trump protesters, said he had come in support of immigrants, Muslims and transgender people, groups that have been negatively targeted by Trump's rhetoric and policies.

"I feel that every American that voted for Trump has been deceived. Any campaign promises have already been broken," Blanchard said.

In Denver, several dozen people held pro-Trump signs at the top of the steps of the Colorado State Capitol building, according to video footage streamed online.

Two lines of police below them looked out on a small crowd of people protesting the rally at the bottom of the steps.

"No hate! No fear! Immigrants are welcome here!" the anti-Trump protesters shouted up the steps, along with obscene anti-Trump slogans.

The pro-Trump demonstrators were quieter, holding up Trump signs as they milled about the steps, the video showed.

In the nation's capital, more than a hundred people gathered near the Washington Monument, a short walk from the White House, although the president himself was again in Florida for the weekend.