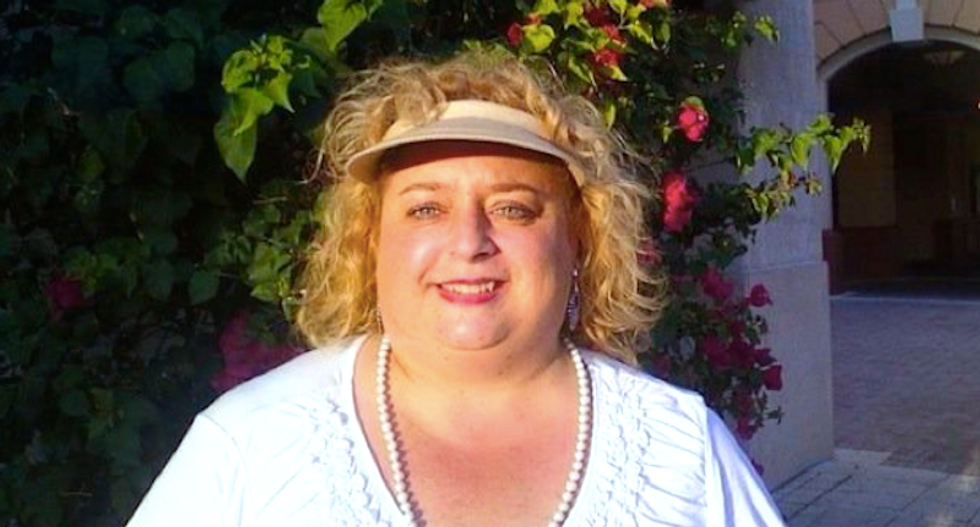 A Tennessee woman who backs President Donald Trump credits God and the Republican health care bill -- which hasn't been voted into law -- for her family's dramatically lower insurance costs.

Charla McComic's son recently lost his job, and his health-insurance premium dropped from $567 per month to $88, which she described as "a blessing from God" and a gift from the new president, reported the Washington Post.

The 52-year-old former first-grade teacher thinks the change is due to tax credits that would be offered under the so-called "Trumpcare" law, if and when it's approved by Congress and signed into law -- but the price drop is actually a feature of former President Barack Obama's Affordable Care Act.

Workers who lose their jobs and employer-based health care coverage may enroll in Obamacare, which offers coverage based on income or possibly Medicaid for those with little or no income -- like McComic's son.

McComic, who attended Trump's rally this week in Nashville with four family members, told the Post she's not worried that her 33-year-old son or 3-year-old granddaughter will lose their Medicaid coverage under the GOP plan.

“So far, everything’s been positive, from what I can tell,” she told the newspaper. “I just hope that more and more people and children get covered under this new health-care plan.”

McComic, who campaigned for Trump with some relatives by forming a motorcade and driving through their hometown shouting his name, said she's never trusted a president as much as the real estate developer and former reality TV star.

“We said: ‘Who else would we do this for, besides Trump?’” McComic said. “We agreed on the Lord. We would stand here for the Lord, but that’s about it.”