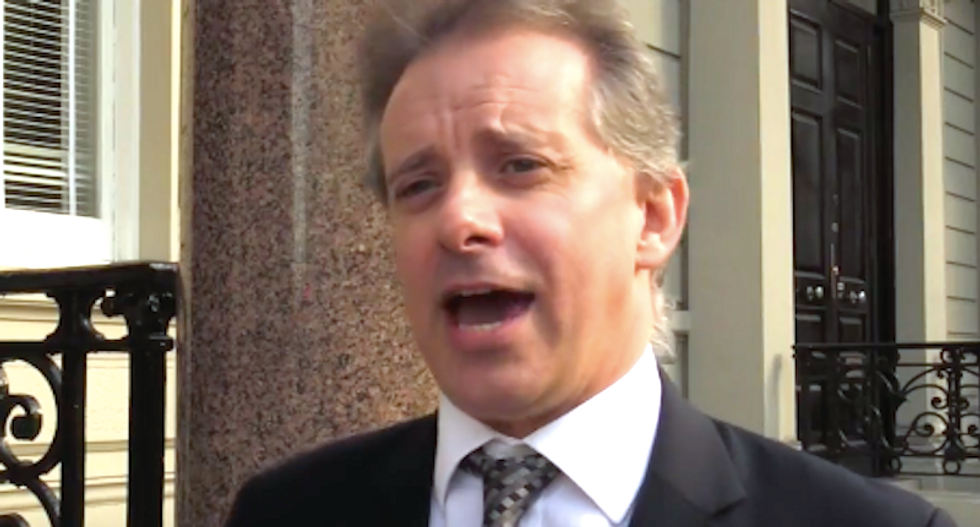 A former British spy has broken his silence after his dossier revealed explosive allegations about Donald Trump's ties to Russia.

Christopher Steele, the former MI6 agent who now runs Orbis Business Intelligence, returned to his firm's London offices for the first time since he was identified as the dossier's author and read from a brief statement, reported the Telegraph.

"I'm really pleased to be back here working again at the Orbis's offices in London today," Steele said Tuesday. "I'm now going to be focusing my efforts on supporting the broader interests of our company here. I'd like to say a warm thank you to everyone who sent me kind messages and support over the last few weeks."

"Just to add, I won't be making any further statements or comments at this time," Steele added.

The 52-year-old Steele initially began investigating Trump for an opposition research report commissioned by a Republican PAC and underwritten by Democrats.

His claims remain unsubstantiated, but Steele's work was taken seriously enough that the FBI offered to pay for additional investigation -- which he ultimately declined.

Steele's findings were revealed Jan. 10 when it was published in full by BuzzFeed, including his claims that Russia possessed compromising information about Trump that could be used as blackmail.

Trump has denied the findings as "fake news."

The Wall Street Journal revealed Steele as the dossier's author, and he has remained in hiding for nearly two months.

The U.S. Senate Intelligence Committee has approached Steele about testifying as part of the investigation into the Trump campaigns links to Russia.