WATCH: CNN's Alisyn Camerota mortified when Trump voters tell her they don't care if he tells the truth 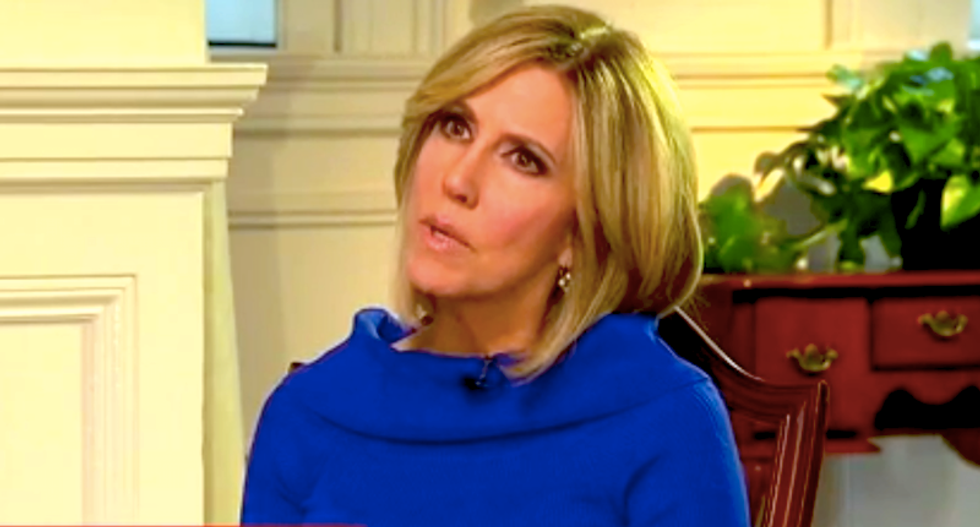 CNN's Alisyn Camerota challenged a panel of Trump supporters to demonstrate the president's claims about illegal voting -- and they couldn't do it, but they still believed him.

The "New Day" co-host convened the same focus group of Trump voters she's spoken with over the past year, and five out of six of them gave the president an "A" grade for his first two months.

The lone holdout, Billy Baer, gave President Donald Trump a "B," because he doesn't give out the highest grade -- but he saw the election win as a repudiation of conventional wisdom.

"It was like people were laughing in his face -- literally laughing in his face -- about the prospect of him being elected," Baer said. "He got elected, and we don't know, as far as the votes and fraud and everything else. My assumption is that he probably would have been elected by a higher number than what the results actually showed."

Camerota asked whether he believed 3 million to 5 million illegal votes were cast, and Baer said he personally saw busloads of out-of-state voters come into New Hampshire.

"When you say you've seen it, do you mean dozens or do you mean 3 million? There's a difference," Camerota said.

"Extrapolating, based on the number I've seen with my own eyes, busloads of people coming in -- whether they're illegal, meaning they came into the country illegally, or they're illegal voters -- they came over from Massachusetts into New Hampshire," Baer said.

Camerota pressed Baer to explain how he saw "busloads and busloads" of illegal voters, and another panelist broke in to say it didn't matter.

"Who cares, though?" asked Josh Youssef, another Trump supporter.

"I care," Camerota said. "Just to be clear, you saw it with your own eyes, busloads and busloads of people coming from somewhere other than New Hampshire to vote. You saw that?"

Baer claimed he had seen such activity, and he said Youssef had, as well -- but the second man admitted he hadn't actually seen multiple busloads of illegal voters.

"I've seen cars coming in from out of state that are full, with out-of-state plates -- I live right across the street from the polling place in my ward," Youssef said.

"Yeah, I guess that I can't cite the busloads that I've seen and where I've seen them, but on television I've seen it," Baer said.

Trump voters give the president a grade after his first months in the White House https://t.co/KuQFSDlrCV