‘You don’t get to tell other people what racism is!’: MSNBC panel on Spicer and April Ryan goes nuts 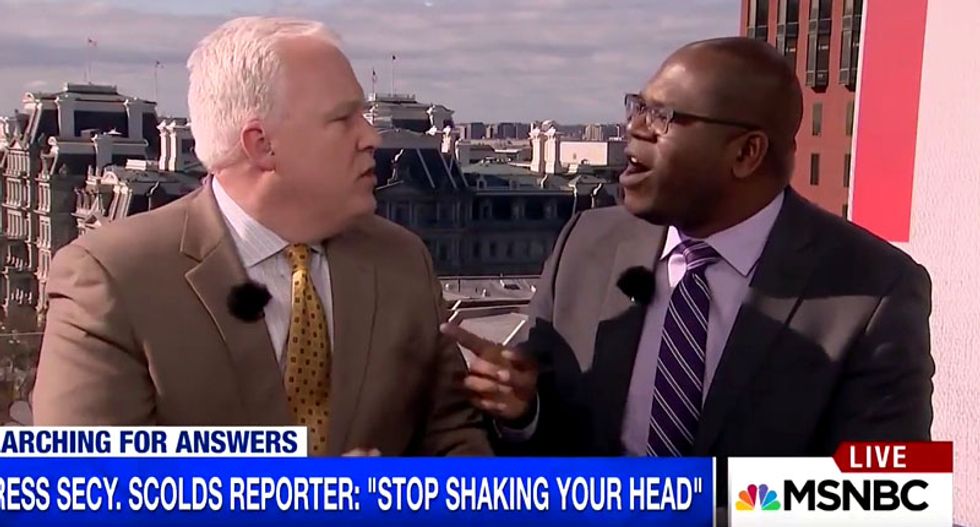 Johnson said that he doesn't believe Spicer when he says there was nothing particularly racist or sexist about his treatment of Ryan.

Schlapp -- who is white -- told Johnson -- who is black -- that perhaps Spicer was unduly "feisty" on Tuesday, but that in his estimation, "This is not racism."

“You don’t get to tell other people what racism is!” said Johnson heatedly.

An angry torrent of words followed with Johnson ultimately concluding that Schlapp's dismissal of Spicer's racism and Johnson's reaction to it is “the exact kind of aggression and lack of respect that we’re talking about.”