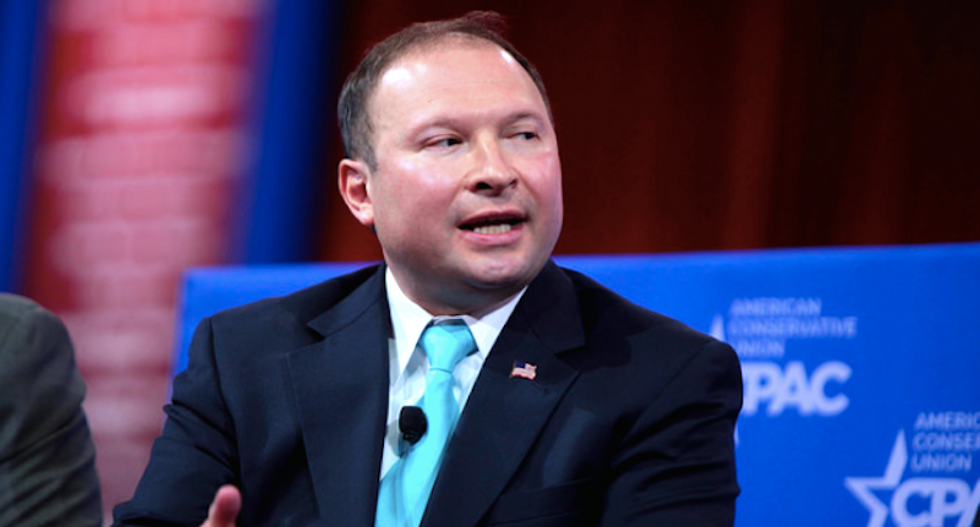 A conservative activist from Texas tried to include a plank to the Republican platform backing Ukraine against Russian aggression -- but she was overruled by the “highest levels” of the Trump campaign.

Diana Denman, who went to the Republican National Convention as a delegate for Ted Cruz but backed Trump in the election, wanted the GOP platform to show support for Ukrainian sovereignty and continued sanctions against Russia.

But the wording was changed without much explanation by the Trump campaign, and the platform has drawn renewed scrutiny as the FBI and U.S. Congress investigates the campaign's possible collusion with Russian intelligence.

Denman said J.D. Gordon, a national security adviser to the Trump campaign, personally intervened in the platform negotiations and softened the language in her plank to favor Russia.

Gordon, who met with Russian Ambassador Sergey Kislyak during the RNC, has downplayed his involvement in the GOP platform -- but Denman insists he spiked her proposal after making phone calls.

"Gordon had been on his cell phone at length," Denman told the Austin American-Statesman. "He just seemed to be consistently talking on it. So he said something to the effect that the wording, had to be cleared. And I said, 'Cleared with who?’ And he said, 'Cleared with New York.'"

"I asked him three times, 'Who are you clearing it with?’" Denman continued. "He was very specific in his answer, and I said, 'Well I don’t want anything to happen with the wording in my plan.'"

Gordon disputes Denman's account, saying the plank was problematic because it conflicted with Trump's campaign promise of improved relations with Russia and avoiding "World War III" over Ukraine.

Denman said she didn't recall any Trump staffers getting involved in discussions on other portions of the party platform.

And she still doesn't know who Gordon was speaking to when he pushed for changing the Ukraine amendment.