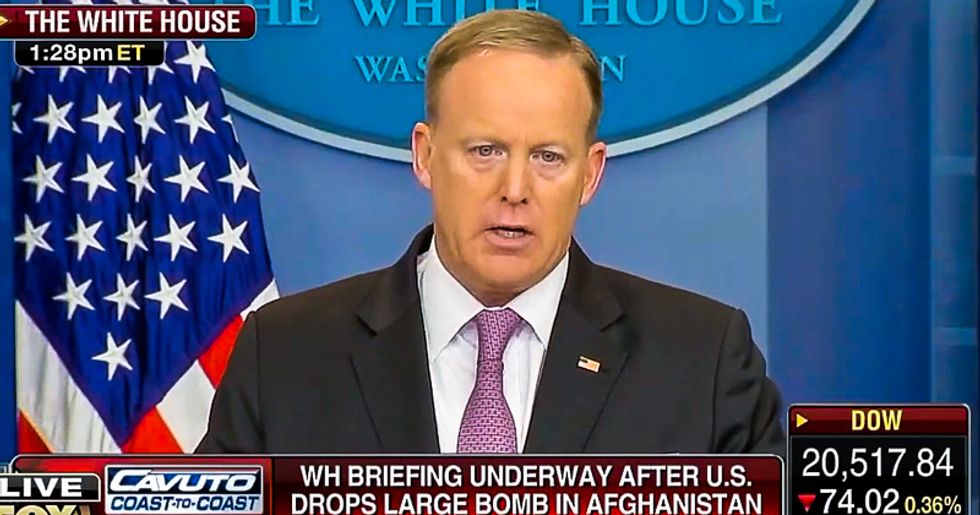 White House Press Secretary on Monday announced that the Trump administration had for the first time used its largest non-nuclear bomb in Afghanistan, and he insisted that the "use of weapons of mass destruction cannot go unanswered" in Syria.

"The U.S. has dropped the largest non-nuclear bomb in Afghanistan," Spicer said, before noting that the United Nations Security Council had voted against a measure to condemn Syria for the use of chemical weapons.

"UN Ambassador Nikki Haley along with her counterparts from nine other nations voted in favor of a draft resolution to denounce the heinous chemical attack carried out by the Assad regime last week," he explained. "Unfortunately but not surprisingly, Russia stood in the way of this resolution."

Spicer, however, said that abstentions by China and Kazakhstan were "notable and signify that the United States is persuading the world that the use of weapons of mass destruction cannot go unanswered."