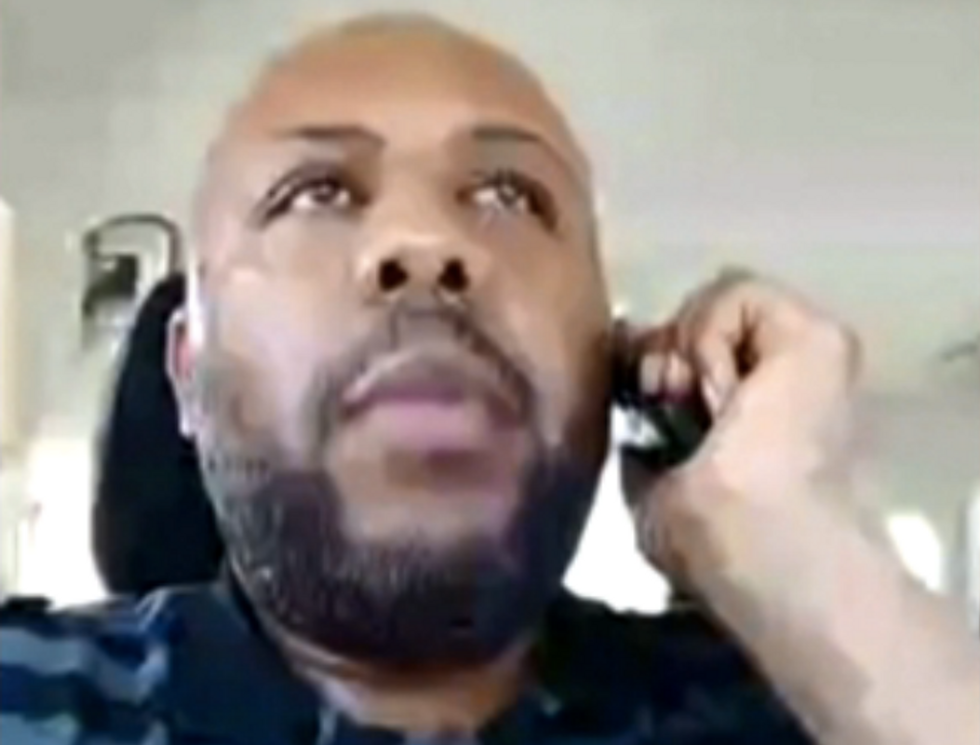 Police in Cleveland, OH are searching for a man who reportedly sent out live video of himself shooting another man to death on the social media app Facebook Live.

According to Cleveland's Fox 8 News, the murder took place on Sunday afternoon and was broadcast live on the suspect's Facebook timeline.

Police say that Steve Stephens shot his victim on the air and boasted of committing two other murders before signing off.

He is currently at large and is described as being bald with a full beard, 6 ft. 1 in. tall, 244 pounds. He was last seen wearing a gray and dark blue or black striped polo shirt and driving a white or cream-colored SUV.

In June of last year a Chicago man was shot and killed while using Facebook Live and in December 2016, two teenage girls accidentally broadcast their death in a violent car accident.