Comic W. Kamau Bell's PSA to black youth: 'Do not give cops Pepsi as a way to stop them from abusing you' 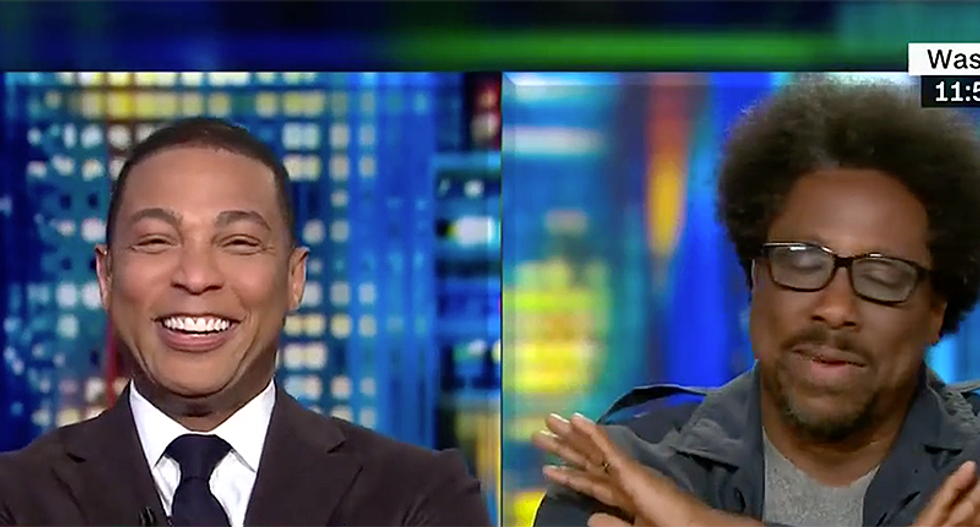 Stand-up comic W. Kamau Bell wants to warn the black youth of America not to follow the controversial Pepsi ad that threw the internet into fits of anger this week.

"Can we just make it clear to the black and brown youth of America: Do not give cops Pepsis as a way to stop them from abusing you," he told CNN host Don Lemon on Wednesday.

Lemon cited pastor Bernice King, the youngest child of civil rights leaders Martin Luther King Jr., who took to Twitter after seeing the Pepsi ad. "If only Daddy would have known about the power of #Pepsi," she wrote, attaching a photo of her father facing police during the March Against Fear demonstration in 1966.

"That's so intense!" Bell told Lemon. "Basically, she's invoking her dad from beyond the grave to tell Pepsi, 'Don't do that.'"

He went on to say that it was probably King who influenced Pepsi to pull the ad the most.

"That's when you know it's not just the kids, it's the entire social justice movement," Bell continued.

He explained that ads like this are the perfect examples of why corporations need a greater diversity of not just race but also of experience.

The ad was reportedly aimed at Millennials who are big into social entrepreneurship, Bell explained. But he said that there was nothing in the ad to promote the cause. "So, there was nothing about that ad that was like, 'We're going to give every poor black kid a Pepsi,'" he said while Lemon cracked up laughing. There was also nothing in the ad about Pepsi being willing to give .000001 percent of their profits to struggling public schools either.