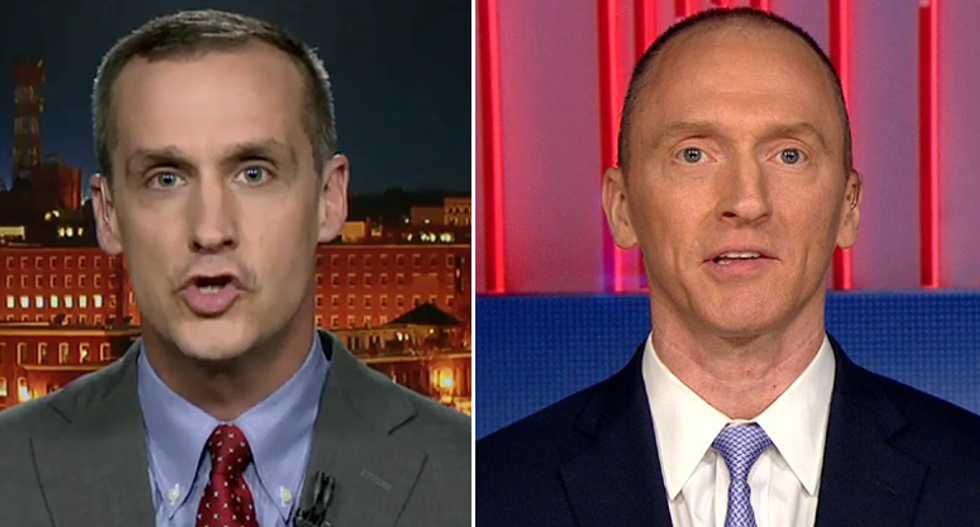 Despite once insisting he has “never met or spoken to Carter Page in [his] life,” Lewandowski actually introduced Page to Clovis in New York City “in late 2015 or early 2016,” the Daily Caller reports.

In an interview with CNN’s Jake Tapper on Wednesday, Page declined to say who brought him into the Trump campaign. Pressed by Tapper over whether it was Clovis, Page replied, “He was not the first person that brought me in. I can assure you of that.”

On Tuesday, the Washington Post reported the FBI last summer secured a Foreign Intelligence Surveillance Act (FISA) warrant against Page as part of its ongoing investigation into possible collusion between the campaign and Russian operatives. That warrant means a FISA Court judge found probable cause that Page “was acting as an agent of a foreign power,” in this case Russia.

During his interview with Tapper, Page was asked point-blank whether he was acting as an agent of a foreign government.

“Of course, I wasn't a foreign agent,” Page replied.

Page is also plagued by a 2013 meeting with a Russian spy, where the former Trump campaign adviser reportedly passed documents to the secret agent. An FBI lawsuit against three Russian spies revealed the espionage ring attempted to recruit Page.