Devin Nunes stepping aside in Russia probe -- at least for now 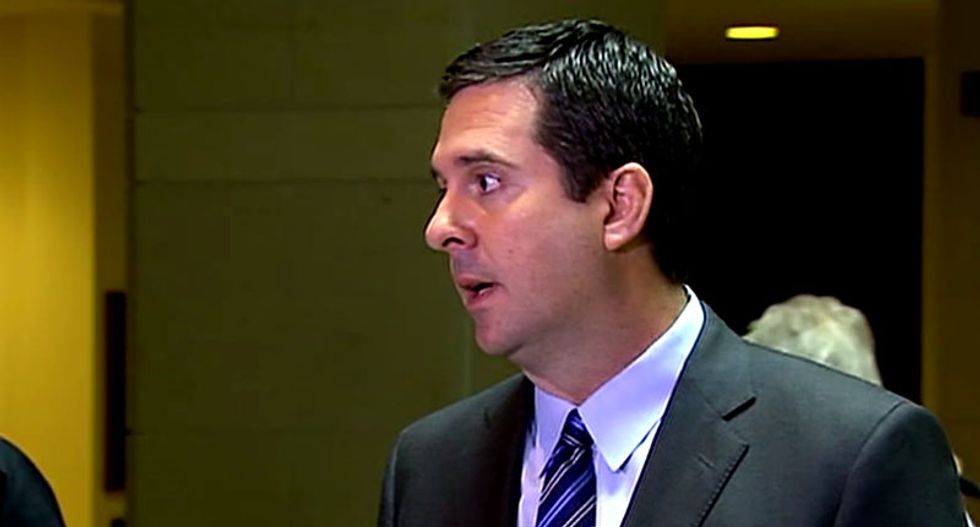 Rep. Devin Nunes (R-CA) will step aside in the Russia investigation -- at least temporarily.

The Republican chairman of the House Intelligence Committee has been plagued by criticism of his handling of the probe of possible ties between Russia and the Trump campaign.

"Several left-wing activist have filed complaints against me with the Office of Congressional Ethics," Nunes said in a statement. "The charges are entirely false and politically motivated, and are being leveled just as the American people are beginning to learn the truth about the improper unmasking of the identities of U.S. citizens and other abuses of power."

Nunes said he would step away from the investigation until the ethics complaints had been examined, and hand over oversight of the probe to Rep. Mike Conaway (R-TX).

Nunes said he will continue to serve as chairman while the ethics probe was completed.

Gowdy has called on Rep. Adam Schiff (D-CA), the panel's ranking Democrat, to recuse himself from the Russia investigation because he backed Hillary Clinton in the election.

Schiff has called on Nunes to recuse himself after revealing classified information that showed Trump campaign associates were caught in routine surveillance of foreign agents and then meeting with the White House before other members of the House committee.

The ranking Democrat has accused Nunes and White House officials of "laundering" documents related to the investigation.