Did Jason Chaffetz quit Congress because his ego got in the way of his job? 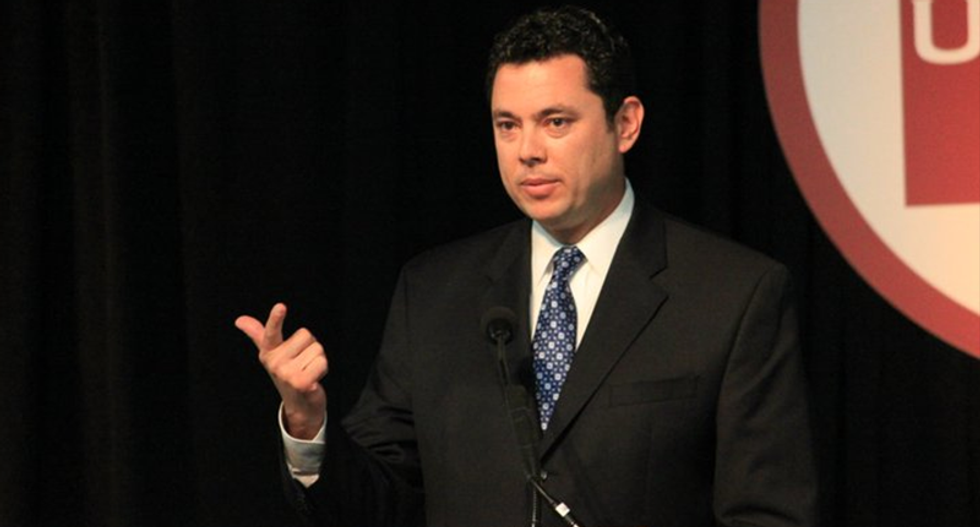 While some have speculated that President Donald Trump is the one that ate Rep. Jason Chaffetz's (R-UT) career, Amber Phillips at the Washington Post reports it might actually be his ego that took the hit.

As the chair of the House Oversight and Government Reform Committee, Chaffetz expected to lead investigation after investigation into presumed 2016 presidential winner Hillary Clinton. Trump dashed Chaffetz's plans to become a household name.

Republican strategists think Chaffetz is bored investigating his own people. Given the blowback Rep. Devin Nunes (R-CA) experienced for being too close to the Trump-Russia investigation, he was forced to step down. Chaffetz could have faced the same calls to step aside, effectively neutering his public profile.

Chaffetz has also been put in a difficult position as Trump demands Congressional investigations for each conspiracy theory de jour he decides is real based on a Fox News report.

He also hinted he could seek a higher office at some point. The Utah governor's seat is an open race in 2020, which gives Chaffetz ample time to run from the GOP's record in the House and save himself from being on the wrong side of an unpopular president.

"After more than 1,500 nights away from my home, it is time. I may run again for public office, but not in 2018," Chaffetz wrote on Facebook.

It also means he won't have to face any more angry constituents at town hall meetings.