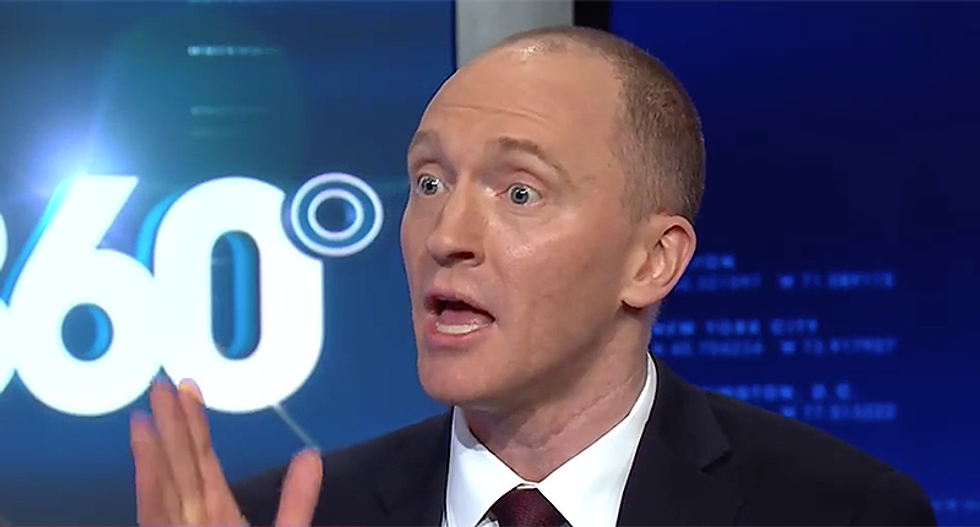 Former Trump foreign policy adviser Carter Page went on ABC's Good Morning America on Thursday to talk about his relationship with Russian intelligence agents -- but he didn't recall anything specifically he told them.

During the interview, host George Stephanopoulos asked Page if he had ever discussed the issue of lifting sanctions on Russia with Russian agents. Though Carter initially denied having such conversations, he started backtracking quickly once Stephanopoulos pressed him.

"I have never offered that, no, nothing along those lines, absolutely not," said Page, who has come under investigation by the FBI for allegedly being a Russian agent. "I mean, it may -- topics -- I don't remember, we'll see what comes out in the FISA transcript."

This baffled Stephanopoulos, who questioned how Page could possibly not remember conversations he'd had with Russian agents.

"I don't recall every single word I've ever said," he said. "But I would never make or intimate that..."

"It sounds like from what you're saying that it's possible you may have discussed the easing of sanctions," Stephanopoulos interrupted.

"Something may have come up in conversation," he replied. "I have no recollection, and there is nothing specifically I would have done that would have given people that impression."