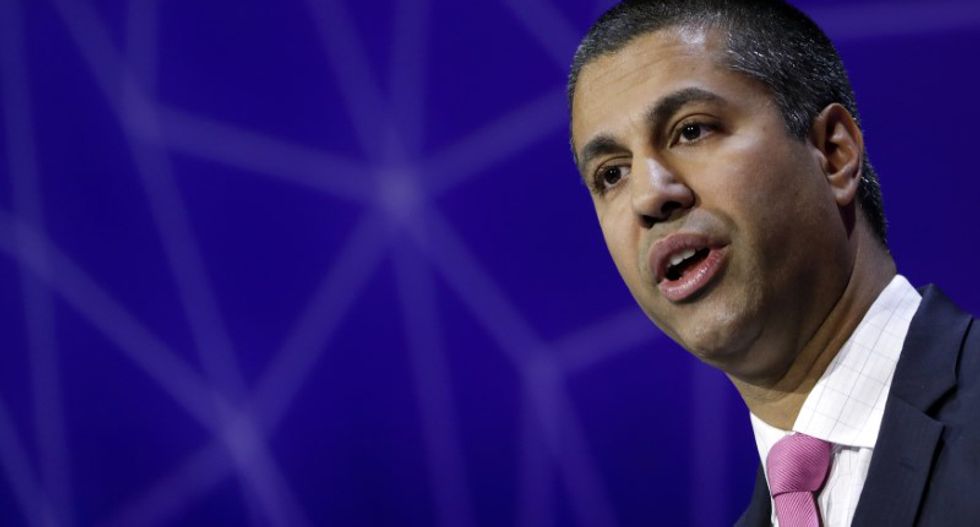 The FCC declined to comment but Pai previously said he is committed to ensuring an open internet but feels net neutrality was a mistake.

The rules approved by the FCC under Democratic President Barack Obama in early 2015 prohibited broadband providers from giving or selling access to speedy internet, essentially a "fast lane", to certain internet services over others. As part of that change, the FCC reclassified internet service providers much like utilities.

The officials briefed on the meeting said Pai suggested companies commit in writing to open internet principles and including them in their terms of service, which would make them binding.

It is unclear if regulators could legally compel internet providers to adopt open internet principles without existing net neutrality rules.

As part of that move, the Federal Trade Commission would assume oversight of ensuring compliance.

Three sources said Pai plans to unveil his proposal to overturn the rules as early as late April and it could face an initial vote in May or June.

Internet providers like AT&T Inc, Verizon Communications Inc and Comcast Corp have argued net neutrality rules would make it harder to manage internet traffic and investment in additional capacity less likely. Websites worry that without the rules they might lose access to customers.

AT&T and major trade groups sued the FCC in 2015 over the net neutrality rules.

Pai in December predicted that net neutrality's days were numbered. He told Reuters in February he believes "in a free and open internet and the only question is what regulatory framework best secures that."

Trump on Monday signed a repeal of Obama-era broadband privacy rules a victory for internet service providers and a blow to privacy advocates.

Politico Pro reported some details of the meeting with trade groups on Thursday.