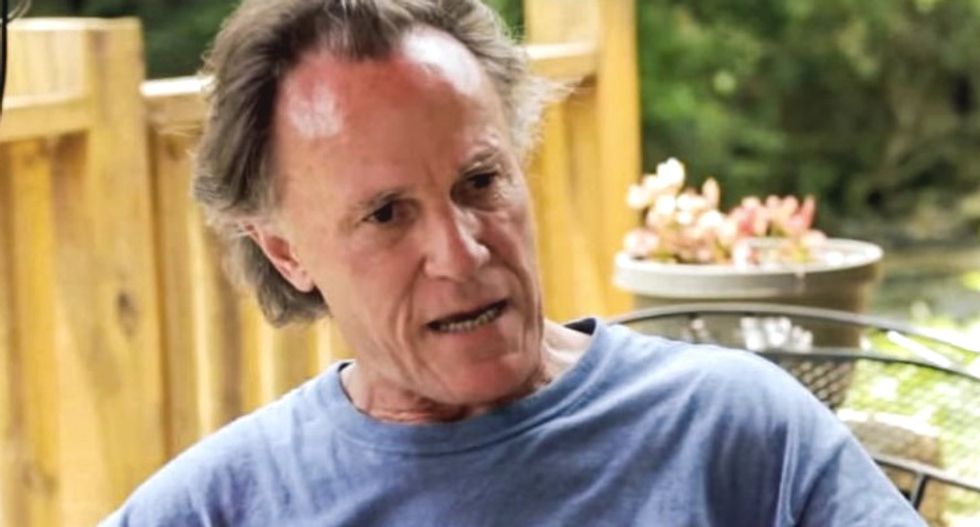 Frank Schaeffer, a former Christian conservative who once counted right-wing icons William F. Buckley and Jack Kemp as his friends, thinks there is something deeply rotten in the modern conservative movement.

In a new blog post, Schaeffer slams conservatives for tolerating and enabling a toxic culture of sexual harassment at Fox News, the flagship right-wing news station that for years has preached the importance of family values and sexual morality.

Schaeffer says that this kind of culture is the exact opposite of the one that conservatives used to idealize -- that is, a culture where people take responsibility for their own actions.

"I see little to no admission of moral error from O’Reilly nor from Fox News," he writes. "O’Reilly blamed others, and his victimization. He used to mock liberals as the 'whiny left' when it came to blaming society for crimes by–say–black youths. O’Reilly said his 'departure' was not his fault but the cost of being a media personality."

He similarly says he hasn't seen any kind of contrition from former Fox boss Roger Ailes, whom he said was responsible for creating "Fox News’ corporate rape-culture."

The bottom line, he says, is that the conservative movement has flown far from its former moral bearings, and will need to be destroyed and rebuilt.

"Fox News’ embedded misogyny isn’t the exception," he writes. "It is the rule. Period. And this Fox News leering brand of male libido-rape-culture 'conservatism' must be exposed and then destroyed- mercilessly."

Joe Biden is thinking about the complexities of racial and social justice in America, vaccinating the population against COVID-19, combatting domestic terrorism, rebuilding the country's infrastructure, bringing back jobs and climate change. Donald Trump is thinking about money and revenge—and maybe about why his pal Vladimir Putin has all the luck.

Can you imagine how the Former Guy felt when he heard last week's news that his man-crush, Russian President Putin, just signed a law allowing him to run for two additional terms? Given the largely meaningless nature of elections over there, the legislation could keep Vlad in office until 2036, when he'll be 83.