'It's why we have Trump': Woman booted from AirBnB guest house because of her race 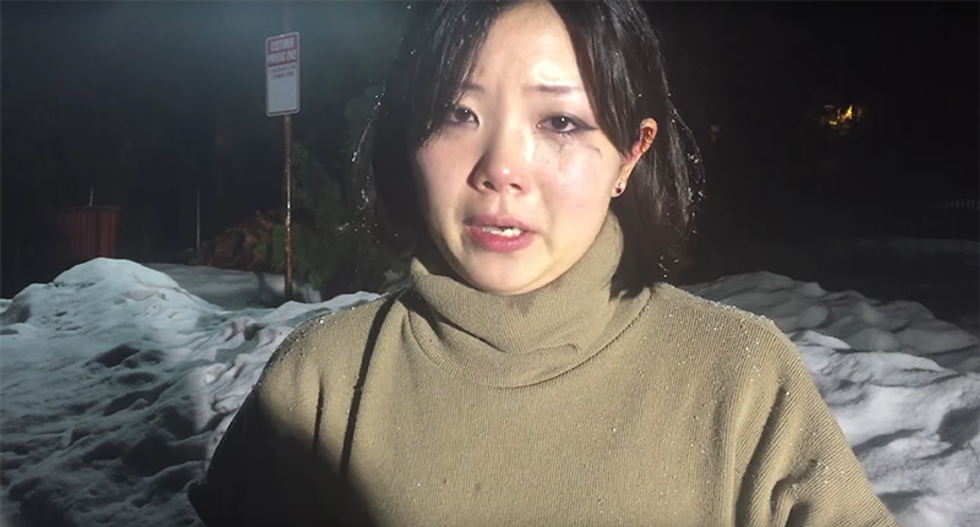 A California Airbnb host was banned from using the site after an Asian-American guest said that her reservation was canceled because of her race.

The stranded Dyne Suh is a law student in Riverside and she and her finance were hoping to have a weekend ski trip in Running Springs. They booked a mountain cabin listed as "Tree House Loft and Private Bathroom" and eagerly looked forward to the mini-vacation. Later, she sent a message to the host, asking if she could bring two friends along. The host replied that it wouldn't be a problem.

“We were looking forward to it, especially with law school and working and being really busy,” Suh explained to NBC Los Angeles.

The group set out on Feb. 17 for the cabin and encountered a harsh winter storm with flash-flood warnings and dangerous driving conditions. As they approached the cabin, Suh messaged the host to give her their ETA and ask how she can pay for the extra she owed for bringing the two friends.

“If you think 4 people and 2 dogs ate getting a room fir $50 a night on big bear mountain during the busiest weekend of the year... You are insanely high [sic],” the host texted Suh.

The host, who identified herself as "Tami" in the account canceled the reservation calling Suh "a con artist."

Suh replied with screenshots of their earlier exchange approving the extra two people.

“Go ahead. I wouldn’t rent to u if you were the last person on earth,” the woman replied to Suh. “One word says it all. Asian [sic].”

Suh told the woman she would report her to Airbnb for being racist and the woman encouraged her to do it. "It's why we have trump [sic]." She went on to say that she wouldn't "allow this country to be told what to do by foreigners.”

The young law student quickly took to Facebook posting photos of the exchange in which she said "Tami" was "spewing racism."

The weather continued to get worse but "by the grace of God," Suh said she was contacted by KTLA 5 News that was covering the storm. They did the interview when Suh and her friends were still raw from the racist messages. She sobbed as she revealed the story and the woman's harsh words.

Airbnb banned the woman from using the site, saying that they have a no tollerance policy on discrimination.

You can see the full interview below: