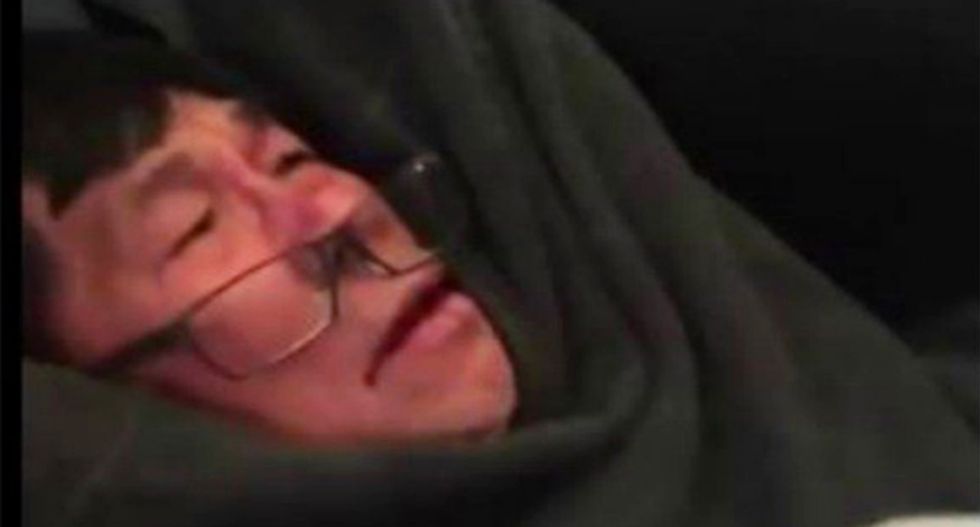 Various news outlets dug into the background of a Kentucky physician dragged screaming from an overbooked United Airlines flight.

Dr. David Dao was selected at random to be removed late Sunday from the flight from Chicago to Louisville, but he protested, saying he was scheduled to see patients the following morning.

The 69-year-old Dao was left bloodied after he was dragged from the flight by security guards.

His hometown Courier-Journal newspaper drew widespread criticism Tuesday for revealing Dao's past legal troubles, which include a conviction for illegally distributing prescription medication in 2004.

The Elizabethtown pulmonologist regained his medical license, which was revoked after his conviction, in 2015 under certain conditions.

The newspaper's executive editor defended the decision to publish Dao's background, saying the report was part of continuing coverage of a well-known local criminal case.

“There’s been previous coverage of the guy,” said Joel Christopher, who also serves as the newspaper's vice president of news. “That’s how people in the newsroom knew who he was. It was a fairly high-profile case. It was a case that stuck in people’s minds because it was high-profile. (National critics) need to make sure they’re commenting on it with full context and perspective.”

The Daily Mail reported the names and ages of Dao's four adult children, who have all pursued careers in medicine, like both their parents.

The New York Post described Dao as "a poker-playing doctor from Kentucky with a sordid past."

The Smoking Gun took a deep dive into Dao's troubled medical practice and psychological issues, which were not likely known when the flight crew ordered him off the plane and then asked security guards to forcibly remove him.

The airline maintains that Dao became "belligerent and disruptive" when his seat was transferred to a United employee traveling to serve on board another flight.

The website reported that Dao was convicted more than 12 years ago for illegally prescribing Vicodin and other painkillers to a patient who had sought treatment for collapsed lungs and chest pain.

A Kentucky Board of Medical Licensure report found Dao conducted a “genital examination” during his initial evaluation of the man, who had previously worked for the doctor as an office manager.

The Smoking Gun reported salacious details about Dao's motel arrest after the patient began cooperating with police, and the site lists the conditions of the doctor's five-year probation, which he has completed.

While on probation, Dao won more than $234,000 playing in the the World Series of Poker, according to TMZ.

A psychological review concluded in 2009 that Dao was “not safe to practice medicine” until he addressed the trauma he experienced as a child and after fleeing Vietnam, where he studied medicine.

Dao was allowed to resume his medical practice in April 2015, after undergoing psychological treatment and examinations.

He is allowed to work only one day a week at the office of another physician who supervises him under the terms of his reinstatement.