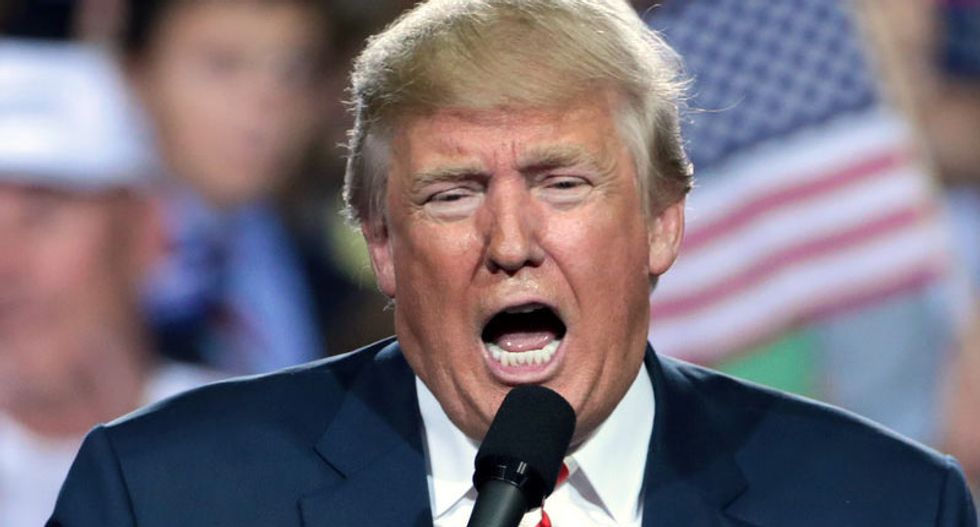 As part of a scathing series of editorials on the struggling presidency of Donald Trump, the Los Angeles Times ripped into the president's continuous assault on the free press, saying he does it because their fact-based reporting "challenges his reality."

The Times piece begins by bluntly explaining the spot journalists find themselves in after frequent Trump attacks, stating: "In Donald Trump’s America, the mere act of reporting news unflattering to the president is held up as evidence of bias. Journalists are slandered as 'enemies of the people.'"

"Facts that contradict Trump’s version of reality are dismissed as 'fake news.' Reporters and their news organizations are 'pathetic,' 'very dishonest,' 'failing,' and even, in one memorable turn of phrase, 'a pile of garbage,' it continues.

As the Times, notes presidents complaining about media coverage is nothing new, but Trump has upped the ante in what they term "demagogic and potentially dangerous ways."

"On his very first day in office, he called journalists 'among the most dishonest human beings on earth,'" the editorial explains. "Since then he has regularly condemned legitimate reporting as 'fake news.' His administration has blocked mainstream news organizations, including The Times, from briefings and his secretary of State chose to travel to Asia without taking the press corps, breaking a longtime tradition."

"Trump’s strategy is pretty clear: By branding reporters as liars, he apparently hopes to discredit, disrupt or bully into silence anyone who challenges his version of reality, By undermining trust in news organizations and delegitimizing journalism and muddling the facts so that Americans no longer know who to believe, he can deny and distract and help push his administration’s far-fetched storyline."

With the Trump administration stumbling and under multiple investigations for possibly colluding with the Russians during the 2016 campaign, the Times points out that Trump's attacks are part of a greater strategy.

"Such attacks are politically expedient at a moment when trust in the news media is as low as it’s ever been, according to Gallup. And they’re especially resonant with Trump’s supporters, many of whom see journalists as part of the swamp that needs to be drained," it continues, before making the case for LA Times' continuing coverage.

"Given the very real dangers posed by this administration, we should be indefatigable in covering Trump, but shouldn’t let his bullying attitude persuade us to be anything other than objective, fair, open-minded and dogged."

You can read the whole editorial here.