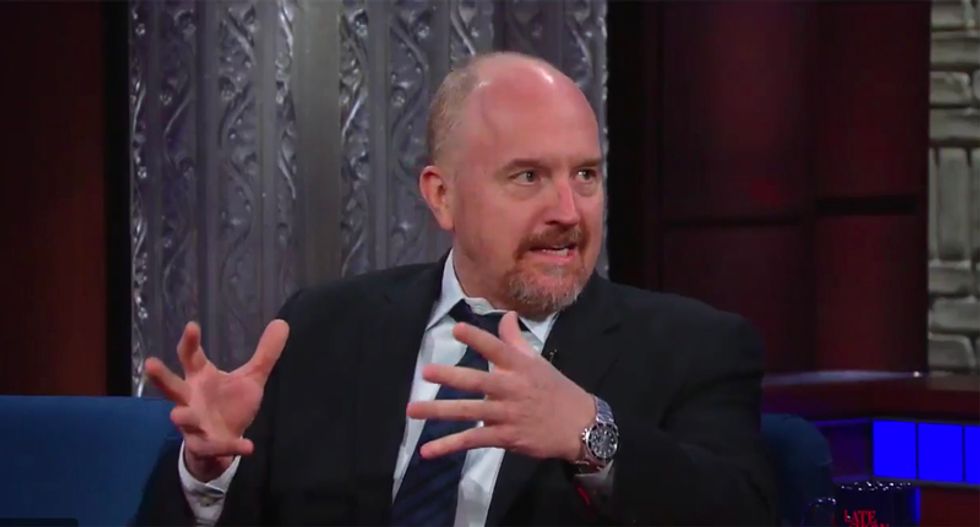 Appearing the The Late Show, comedian Louis C.K. went off on liars and President Donald Trump in particular, calling him a "Lying sack of sh*t."

As he sat with host Stephen Colbert, C.K. launched into a diatribe about liars before turning to Trump.

"Someones people lie, 'That guy lied, they found out he lied.' Then there’s somebody who lies because they can’t quite stay inside the boundaries of truth," C.K. excitedly explained. "Then you have a liar, somebody who it’s almost like a problem, they lie a lot."

Addressing Trump he continued, "Then you have a lying sack of sh*t. That’s somebody who just they just lie, they like it, he likes it. He just goes, ‘Heh heh, that wasn’t even true, wasn’t even true.' Then I said ‘they were liars.'"

“Louis, there’s a guy who voted for him up there," replied Colbert pointing high up in the Ed Sullivan Theater.

"Everybody else was like ‘yeah, no that’s not true.' But that guy bought it, " he concluded as the audeince applauded.