Retired CIA expert: US far-right is getting duped by Russia and it's 'part of something bigger' 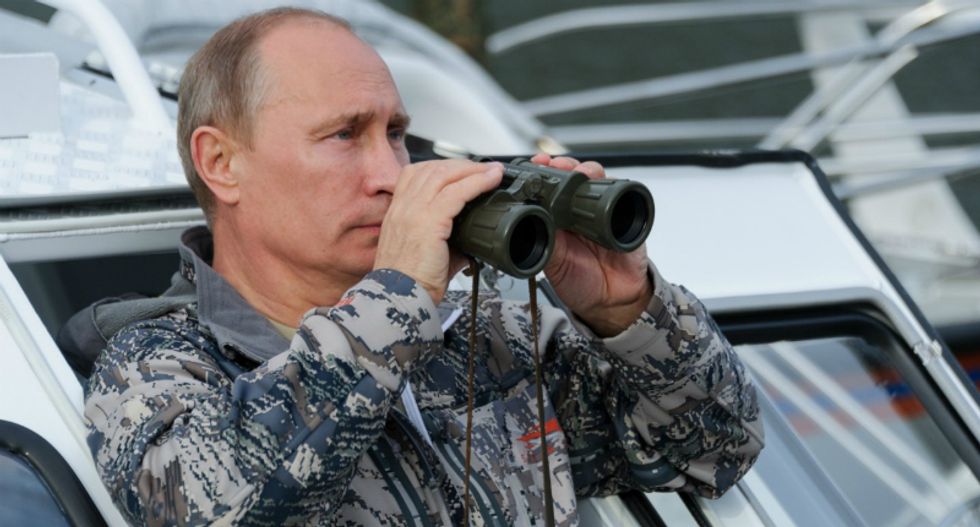 In recent years, finding themselves increasingly ideologically alienated in the U.S., certain members of the far right have found sympathetic "kindred spirits" among Russia's well-connected elite.

According to a bombshell report published Sunday night by the Washington Post, some current and former members of the U.S. intelligence community believe that forces within the Russian government are actively cultivating these relationships with disaffected members of the conservative fringe, although it's unclear why.

The Post report begins with Brian Brown, president of anti-LGBTQ hate group the National Organization for Marriage (NOM). Brown grew up thinking that Russians were the enemy, but now that his own country has largely embraced the sanctity of same-sex marriages, Brown feels more at home among his anti-LGBTQ Russian counterparts.

“What I realized was that there was a great change happening in the former Soviet Union,” Brown said of a 2013 visit to Russia, where gay men and lesbians are routinely attacked in the street, beaten, raped and -- in the Republic of Chechnya -- rounded up into internment camps, tortured and executed. “There was a real push to re-instill Christian values in the public square.”

The Post said, "From gun rights to terrorism to same-sex marriage, many leading advocates on the right who grew frustrated with their country’s leftward tilt under President Barack Obama have forged ties with well-connected Russians and come to see that country’s authoritarian leader, Vladimir Putin, as a potential ally."

However, intelligence officials familiar with Russian intelligence techniques and the special fondness that Russia has of using unwitting agents -- also known as "useful idiots" -- to carry out its goals are skeptical that these powerful Russians are cultivating U.S. friendships out of the goodness of their hearts.

“Is it possible that these are just well meaning people who are reaching out to Americans with shared interests? It is possible,” retired CIA Russia expert Steven L. Hall told the Post. “Is it likely? I don’t think it’s likely at all. . . . My assessment is that it’s definitely part of something bigger.”

Torshin is a personal friend of Mikhail Kalashnikov -- the inventor of the AK-47 assault rifle -- and a passionate supporter of gun rights. He has also helped finance a push in Russia to align the government and the Russian Orthodox church.

“The value system of Southern Christians and the value system of Russians are very much in line,” Preston told the Post. “The so-called conflict between our two nations is a tragedy because we’re very similar people, in a lot of our values, our interests and that sort of thing.”

Torshin worked hand-in-hand with "a photogenic activist originally from Siberia named Maria Butina," the Post said, to build a Russian gun-rights movement. Butina has formed relationships with a number of U.S. conservative leaders and is now a graduate student in Washington, D.C.. She insists that her alliances with right-wing Americans have been purely of her own volition and never at the prodding of Russian officials.

“No government official has EVER approached me about ‘fostering ties’ with any Americans,” she told the Post in an email.

Hall was skeptical, though, telling the Post that it's highly unlikely Putin would look favorably on a real gun-rights group in his country. He suspects that Torshin's group is in truth “controlled by the security services” in Russia and serving as a honeypot of sorts for gullible American conservatives.

For a detailed accounting of Torshin and Butina's machinations in U.S. politics and an account of how Franklin Graham -- grandson of pioneering televangelist Billy Graham -- was wooed by Pres. Vladimir Putin himself, read the full Post report here.