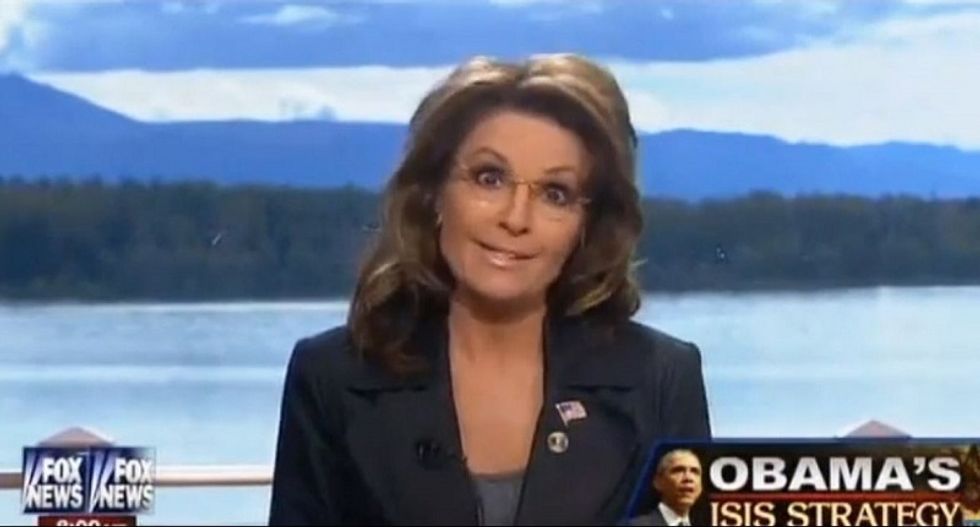 Sen. Elizabeth Warren (D-MA) this week tweeted out a photo of herself standing next to the Fearless Girl statue in New York with the caption, "Fight like a girl."

Apparently, however, former Alaska Gov. Sarah Palin thinks that she coined this particular phrase when she started using it back in 2011 during Tea Party rally speeches, and she tells Breitbart News that she doesn't appreciate Warren using it without giving her credit.

"Coming from liberals who urge women to claim victimization, ‘Fight like a girl’ just doesn’t sound the same as when legit fighters for equality say it, mean it, live it, and will never give it up," she said.

Palin, a half-term governor who was John McCain's vice presidential nominee in 2008, infamously gave up her job in 2009 to focus on becoming a reality TV host.

Warren told NPR earlier this week that she was inspired to use the phrase "fight like a girl" after seeing a young woman holding a sign with that phrase during the women's march in Boston this year.