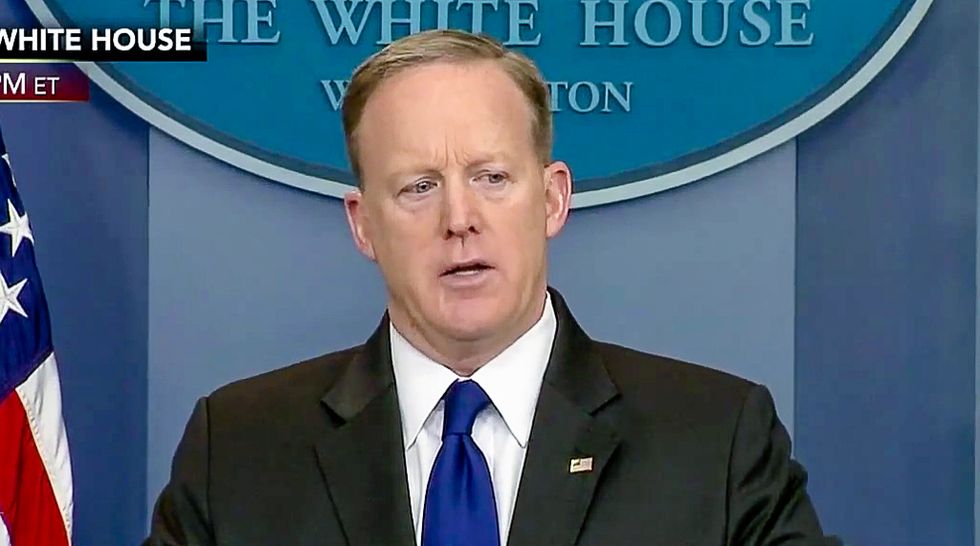 "Someone as despicable as Hitler didn't even sink to using chemical weapons," Spicer said. "You have to ask yourself if you are Russia, is this a country and a regime you want to align yourself with?"

Later in the briefing, Spicer was given a chance to correct the record about Hitler's use of deadly gas on Jews in concentration camps.

"He was not using his gas on his own people the same way Assad was," the press secretary explained.