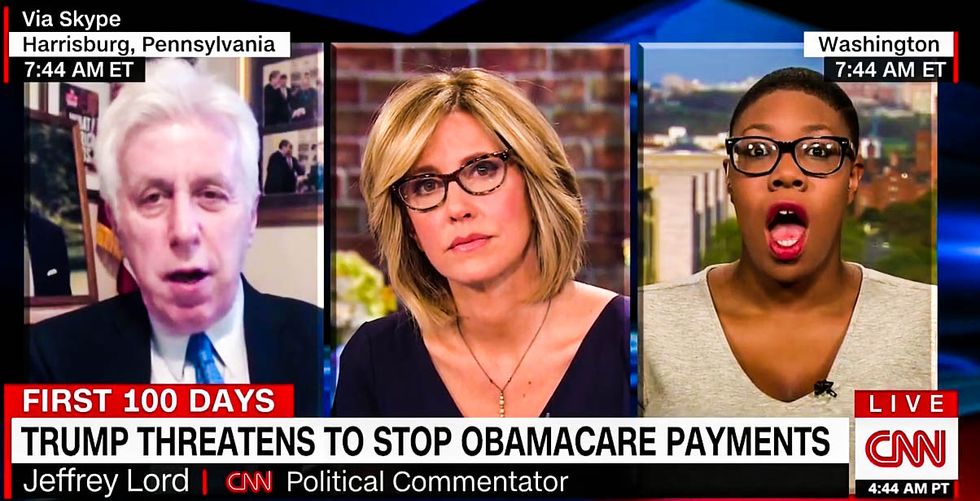 During a discussion of the president's threat to withhold payments for health insurers as a negotiating tactic to force Democrats to help him repeal the Affordable Care Act, Lord claimed that Trump was essentially the "Martin Luther King of health care" because he wasn't afraid to take political risks in proposing unpopular actions because he believed they were right.

"When I was a kid, the president [Lyndon Johnson] didn't want to introduce the civil rights bill because he did not have the votes for it," Lord explained. "Dr. King kept putting people in the streets in harm's way to put pressure on for the bill to be put forward."

Sanders was not at all amused by this comparison, however, and she absolutely let Lord have it.

"Dr. King was marching for civil rights because people that looked like me were being beaten," she shot back. "Basic human rights were being denied to these people merely because of the color of the skin. Let's not equate Dr. Martin Luther King, Jr. -- a humanitarian and Nobel Peace Prize winner -- to the vagina-grabbing President Donald Trump."