Of all the many millions of species on the planet, only humans have sequenced genomes, invented smart phones and composed moonlight sonatas. To an evolutionary biologist like me, who studies the complex behaviour of animals, this is an uncomfortable observation that demands an evolutionary explanation.

Historically, researchers assumed that animals lacked the intelligence to devise novel solutions, and that this creative deficit accounted for the gulf between their behaviour and human technological achievements. But more recent research into animal behaviour suggests otherwise. Animals constantly devise novel innovations, and research into the nature and consequences of their creativity helps to explain how our own species evolved to be so very different.

My laboratory has been investigating animal innovation for two decades. Our studies, and those of other animal innovation researchers, have established beyond doubt that humans do not have a monopoly on creativity. Animals commonly invent new patterns of behaviour, modify their existing behaviour to new contexts, or respond to social and ecological changes in novel ways.

Animal innovation is highly diverse. It can be ingenious, as with the orangutans that devised ways means of extracting heart of palm vegetables from trees with vicious defences such as sharp spines and stalks. It can be morbid, as with the herring gull that invented the habit of catching rabbits and killing them by drowning them at sea.

Sometimes, it is enchanting. For example, Japanese macaques have been known to start rolling snow balls and playing with them. And sometimes it is plain disgusting, as with the rook that made a habit of eating human vomit. 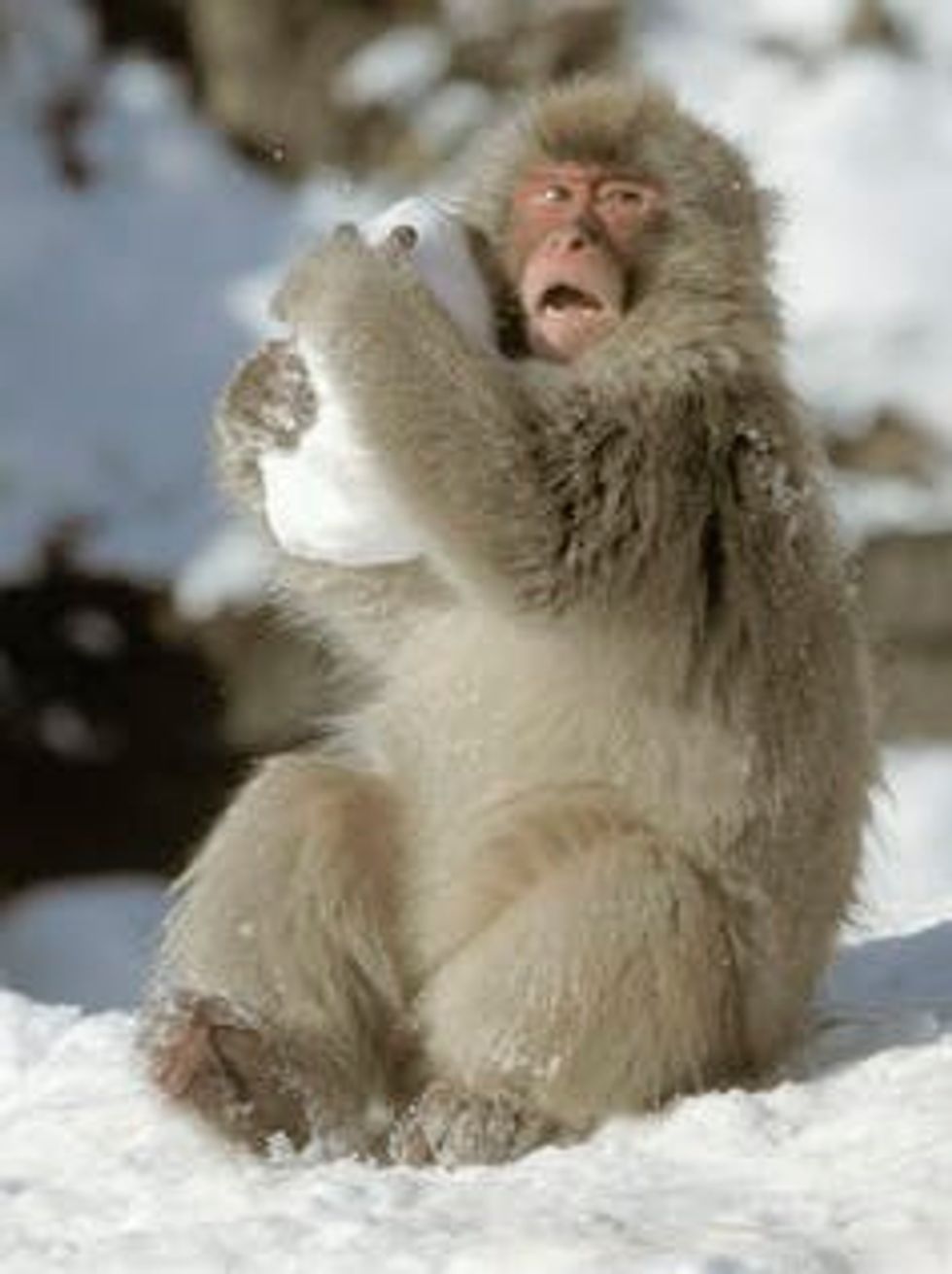 Whoever threw that is gonna get it.

In truth, many animals are enormously inventive, but the extent of animal innovation remained hidden until recently for a simple and obvious reason. You can’t recognise novel behaviour until you have a good understanding of the normal behaviour of a species. For instance, only after capuchin monkeys had been studied in the wild for many years could we be confident that the first recorded instance of them attacking a snake with a club was an innovation.

Innovative species have the edge

Years of careful study means researchers can now count up the number of innovations produced by a species and quantify how creative it is. This measure has taught us an awful lot. For example, not all animals are equally inventive, and birds and primates are more likely to be innovative when they have bigger brains.

Research has also shown innovative animals are more likely to evolve new species, because creativity opens up new niches and triggers evolutionary events. For instance, it is probably no coincidence that the Galapagos islands’ finches, whose diversity helped Charles Darwin formulate his theory of evolution, are members of a highly innovative superfamily of birds called the Emberizoidea. This group has evolved many different species in a process that may have begun when different birds began to develop innovative ways of feeding.

Being creative confers survival value, too. Research shows innovative species of birds are more likely to survive and establish themselves when introduced into new locations. Another fascinating analysis revealed that migratory species are less innovative than non-migrant birds, with the former forced to travel because they can’t adjust their behaviour to the tough winter months. A further study found that small-brained birds are more likely to die in traffic accidents than large-brained species, and this is almost certainly because the large-brained species have the flexibility to learn road safety.

But the role animal innovation plays in brain evolution is potentially of greatest scientific significance. Apes, capuchins and macaques exhibit the greatest amounts of innovation among primates. These are the primate species with the largest brains (in absolute terms or relative to body size), that are the heaviest tool users, have the broadest diets, and exhibit the most complex forms of learning and cognition.

In my recent book, Darwin’s Unfinished Symphony: How Culture Made the Human Mind I argue that these associations are no coincidence. Primates, particularly the great apes, evolved larger brains because doing so gave them multiple evolutionary advantages, including the ability to use tools, gather a more varied diet and develop complex societies. It also gave them the intelligence to invent new solutions to life’s challenges and copy the innovations of others. This favoured further brain expansion in an accelerating cycle that climaxed with the evolution of human cognition.

Why, then, haven’t chimpanzees invented gene-editing techniques or composed symphonies? Non-human animals possess simple cultures and can develop novel foraging techniques or ways of communicating that spread through social learning. But for all their natural inventiveness, these animals rarely, if ever, refine or improve upon the solutions of others, as recent experiments show. 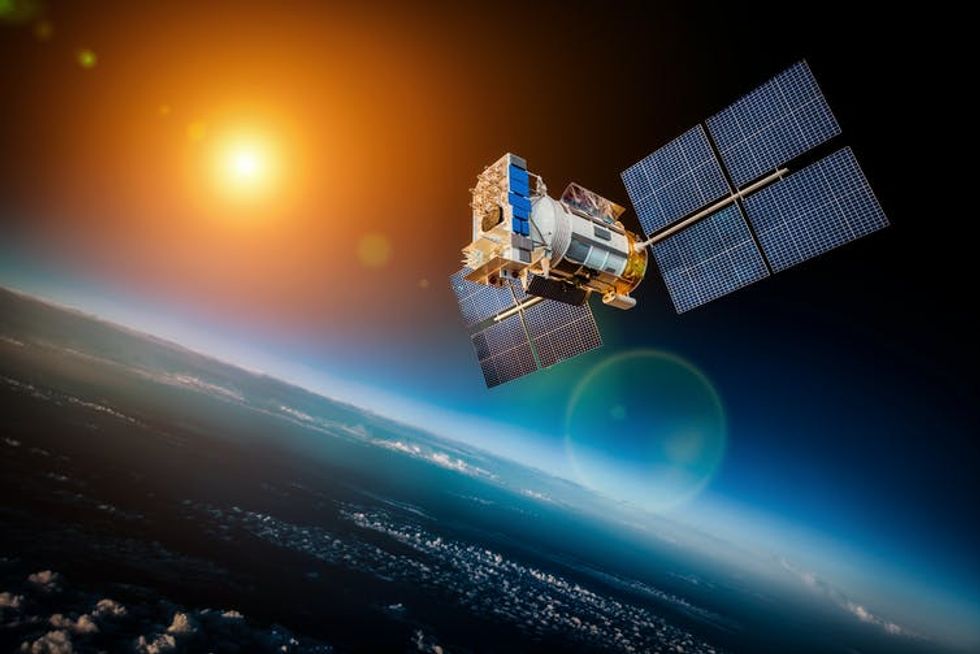 Mathematical analyses have helped explain this puzzle. It turns out that to develop a “cumulative culture” –- technology that constantly ratchets up in complexity and diversity –- a species needs to be able to share information very accurately. It doesn’t matter how much novel invention takes place, unless those inventions are replicated accurately then they die out before they can be built upon.

On the other hand, once a species can share information very accurately, then even very modest amounts of innovation rapidly lead to massive cumulative culture. Only humans build bridges and put satellites into space because only we –- largely through our teaching and language –- can transmit learned knowledge with sufficiently high fidelity.

Our species’ remarkable achievements are first and foremost down to the fact that we pool our knowledge and build upon it. The absence of complex culture in other animals isn’t down to a lack of creativity. Rather it’s their inability to transmit cultural knowledge with sufficient accuracy. That’s why no monkey ever composed a sonata.