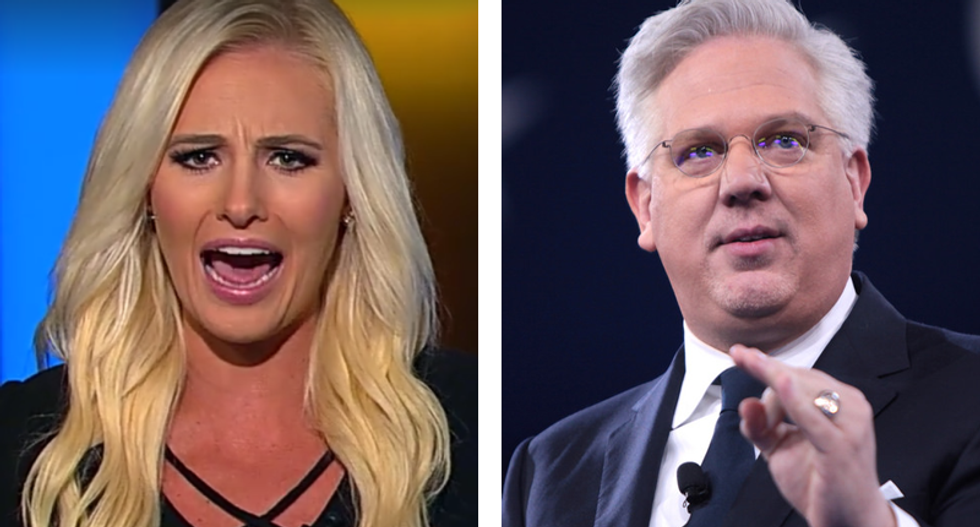 In a statement, The Blaze noted Lahren is still on the company's payroll.

"It is puzzling that an employee who remains under contract (and is still being paid) has sued us for being fired, especially when we continue to comply fully with the terms of our agreement with her," The Blaze said.

Conservative political commentator Tomi Lahren filed suit against Glenn Beck and his media company The Blaze for wrongful termination. According to The Dallas Morning News, Lahren alleges that she was fired for declaring herself to be pro-choice during an interview on ABC's "The View."

Lahren filed the suit Friday in Dallas County, stating that The Blaze wrongfully terminated her contract after she told the hosts of The View last month, “I can't sit here and be a hypocrite and say I'm for limited government but I think the government should decide what women do with their bodies.”

Those comments triggered a conservative firestorm, prompting Beck to suspend her show for a week, "presumably hoping they could find an exit strategy to sanitize their unlawful conduct,” according to the suit. Less than a week later, Beck fired the rising conservative star. Beck denies that her pro-choice views were the basis for his decision.

According to the suit, Lahren was “understandably disappointed, saddened and in shock for being suspended for freely expressing her opinions."

The suit also states Lahren’s Facebook page, where she’s amassed over 4 million followers, is her property and not that of The Blaze. Previous reports indicated Lahren tried to negotiate with the media company over her Facebook.