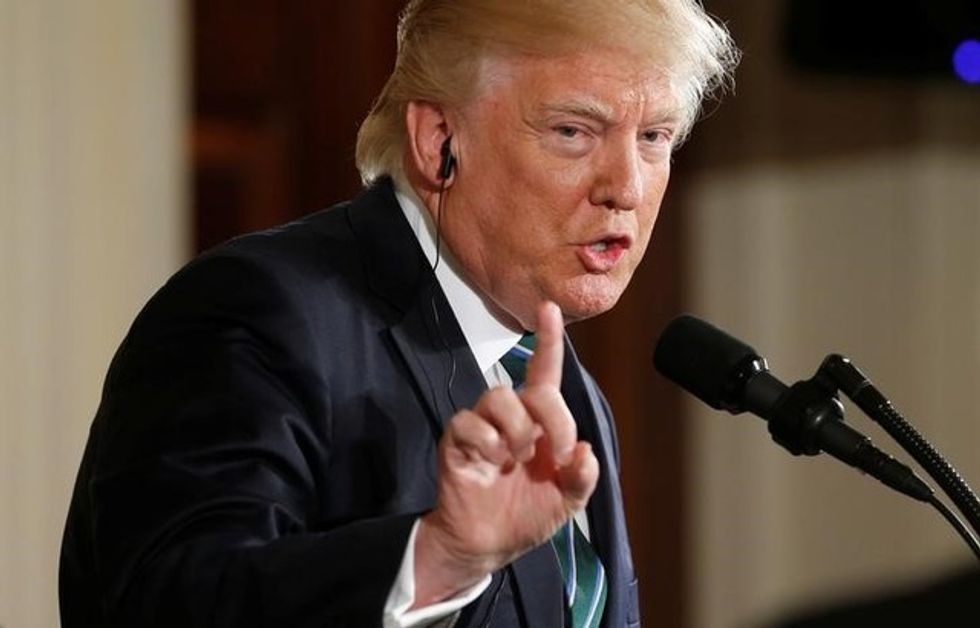 In an interview, Trump declined to tell the New York Times whether he had reviewed intelligence to bolster his claim about Rice but said he would explain himself "at the right time.”

Rice declined to comment on the president's remarks when contacted by Reuters.

Trump and his allies have focused on unsubstantiated reports that Rice, who served as Obama's national security adviser, disclosed the names of Trump aides swept up in U.S. surveillance of foreign targets.

Rice dismissed the reports as "absolutely false" in an interview with MSNBC on Tuesday.

According to five U.S. intelligence officials, Rice followed standard procedure in requesting the National Security Agency to reveal to her the names of American citizens who had been in contact with Russians whose communications were monitored by U.S. intelligence.

It is unlikely she would have know that any unidentified American had a connection to Trump, the officials said.

As White House national security adviser, Rice could not order the NSA to reveal the identities of any Americans. Instead, she could only request it to do so.

Such requests, which a number of senior officials are authorized to make, trigger a legal and intelligence review by the agency to determine whether revealing the name has potential intelligence value and could expose a security threat to the United States, said one of the officials, who is familiar with the process and spoke on condition of anonymity to discuss internal intelligence procedures.