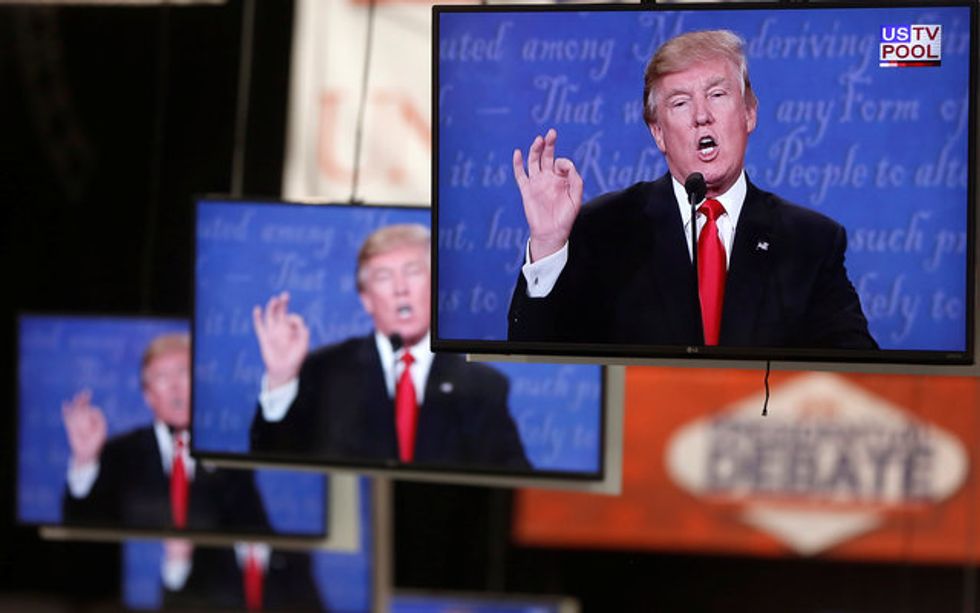 President Donald Trump's obsession with television is well-documented. He became a household name in the early 2000s with his reality TV game show "The Apprentice" and reportedly consumes a constant daily stream of cable TV news.

The Washington Post said Sunday that in addition to fretting over what the president will do if left alone too long, Trump's aides and advisers struggle to keep the president from consuming too much TV or watching things that will upset him and cause him to erupt on Twitter.

"Those Trump tweet-storms, which contain some of his most controversial utterances, are usually prompted by something he has seen on television just moments before," wrote the Post's Ashley Carter and Robert Costa. "The president, advisers said, also uses details gleaned from cable news as a starting point for policy discussions or a request for more information, and appears on TV himself when he wants to appeal directly to the public."

Trump turns on cable news immediately upon arising each morning and spends the day checking in via a television in the White House dining room. However, once the president goes upstairs at the end of the day, aides lose their ability to monitor and moderate the president's intake.

“Once he goes upstairs, there’s no managing him,” one adviser told the Post.

"Sometimes, at night, he hate-watches cable shows critical of him, while chatting on the phone with friends, said someone familiar with the president’s routine -- a quirk a senior official jokingly called 'multi-teching.'” the Post said.

Foreign leaders are urging their diplomats to go on U.S. television when they visit the country so as to catch Trump's attention. Trump has insisted that he wouldn't dream of firing Press Secretary Sean Spicer -- even after his gaffe comparing Hitler favorably to Syrian president Bashar al-Assad.

“I’m not firing Sean Spicer,” said Trump. "That guy gets great ratings. Everyone tunes in.”

Some fellow Republicans are alarmed by the president's excessive reliance on TV for news and information. He has already sent his aides off on wild goose chases trying to "reverse-engineer information to support his dubious assertions," the Post said -- because of erroneous stories he saw on TV.

“There are many conversations where it ends: ‘But of course, God knows, he could watch Fox News tomorrow and change his whole position,’” said GOP strategist Rick Wilson of Republicans on Capitol Hill. “They don’t get him, because he’s a creature of television and they’re creatures of politics. They care about the details, he cares about what’s on TV.”