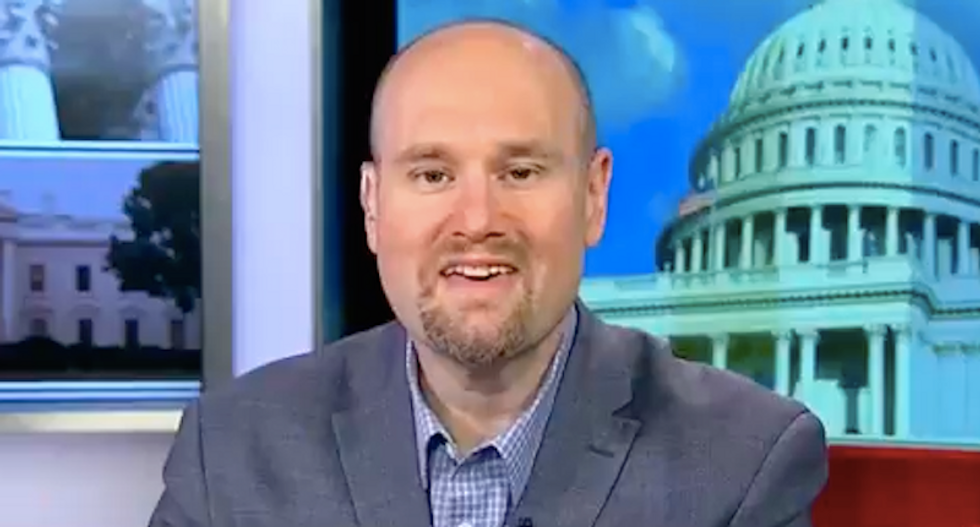 Glenn Thrush told MSNBC's "Morning Joe" that at least a dozen White House officials wandered through Wednesday as he and his Times colleague, Maggie Haberman, interviewed the president.

"There have been stories written about, sort of, how proximity is power," Thrush said. "I have been in the Oval (Office) a couple of times. I have never been in such a crowded Oval Office in my entire life. It had to be, aggregate, 12, 15, 16 people moving in and out. It was really amazing. At some point, in the middle of the interview, Mike Pence and Reince Priebus just drift in, and they're sort of standing off to the side watching this like it's a live TV show."

Thrush said Trump's communications director, Hope Hicks, clearly wanted the president to talk about domestic policy, but he instead steered the conversation to Fox News anchor Bill O'Reilly, a longtime friend who's embroiled in a sexual harassment scandal following a recent Times report.

"Let me put it this way, Hope definitely wanted the president to talk about infrastructure in that conversation, and we were totally prepared to do that," Thrush said. "I think the O'Reilly comments, as I recall, came up with the context of him talking about how lousy the New York Times was and how bad our coverage was, and how good the Fox (News) coverage was. Then, I don't recall specifically how it came up, but I think he mentioned O'Reilly first and answered the question, essentially, that he thought O'Reilly should not have settled and that he should have, quote, taken it all the way."

Co-host Mika Brzezinski summed up the big takeaways from the interview.

"Susan Rice is a criminal and O'Reilly should not have settled," she said. "Got it."