Trump’s war on the 'fake news media' is working 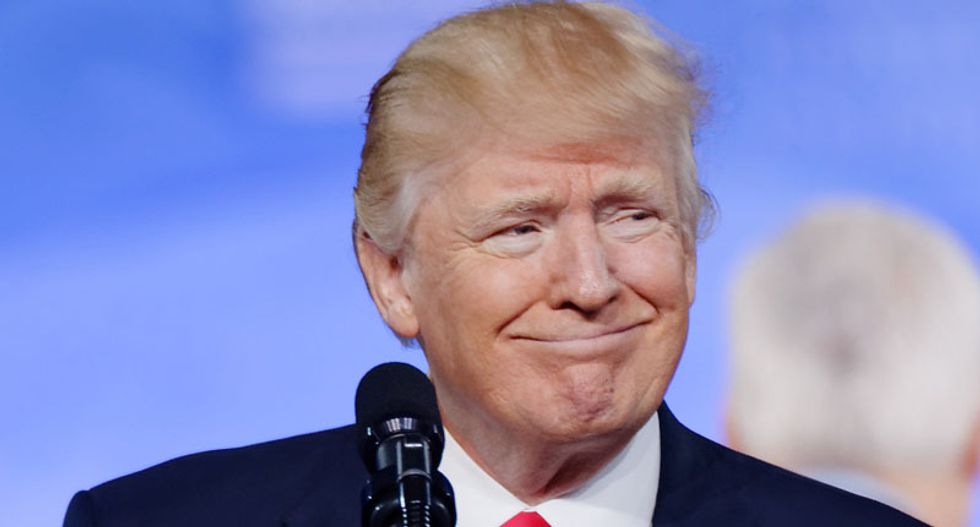 Though he spent his early days as an up-and-coming real estate developer masquerading as his own PR rep “John Barron,” Donald Trump’s relationship with the press has largely deteriorated in recent years.

At rallies and events throughout the 2016 campaign—even as he received $2 billion dollars worth of free media—Trump repeatedly excoriated the press, often singling out individual reporters and news organizations as the targets of his disdain. He even vowed to “open up our libel laws” to make it easier for people and companies to sue the press.

Since Trump took office, his administration has ramped up the volatile rhetoric against media organizations. A week after the president’s inauguration, chief White House strategist Steve Bannon declared the media “the opposition party,” arguing it should “keep it’s mouth shut" (a statement later parroted by the president).

And in a freewheeling press conference in February—at the height of furor (so far) over potential collusion been Trump officials and Russia operatives—the president gave a passionate and lengthy rebuke of the very institution that played a pivotal role in elevating him to the White House.

"I have never seen more dishonest media, frankly than the political media," Trumps said during that conference. “The news is fake because so much of the news is fake.”

Trump's media attacks make for good sound bytes, but as it turns out, his constant rebuke of the press has serious implications. Chief among them, the fact that his supporters, inundated by accusations of "fake news" and "biased media" have now taken to view criticism against the president as a badge of honor.

As Salon’s Matthew Rozsa point out, a University of Virginia Center for Politics Project survey on the president’s first 100 days reveals that a full 88 percent of Trump supporters believe he is on the “right track” when the media criticizes him. Only 12 percent find it concerning when the apparatus of researchers, reporters, experts and analysts find an element or elements of Trump’s behavior disconcerting.

Which means despite his plethora of policy failures—from the disastrous GOP healthcare vote to his DOA immigration ban—and open disdain for ethical and historical White House traditions, mention of this to his supporters only serves to reinforce how good he’s doing.

And, at least for now, his supporters are too.