WATCH: Cops tell Florida woman to 'stop calling 911' 3 hours before she was gunned down by boyfriend 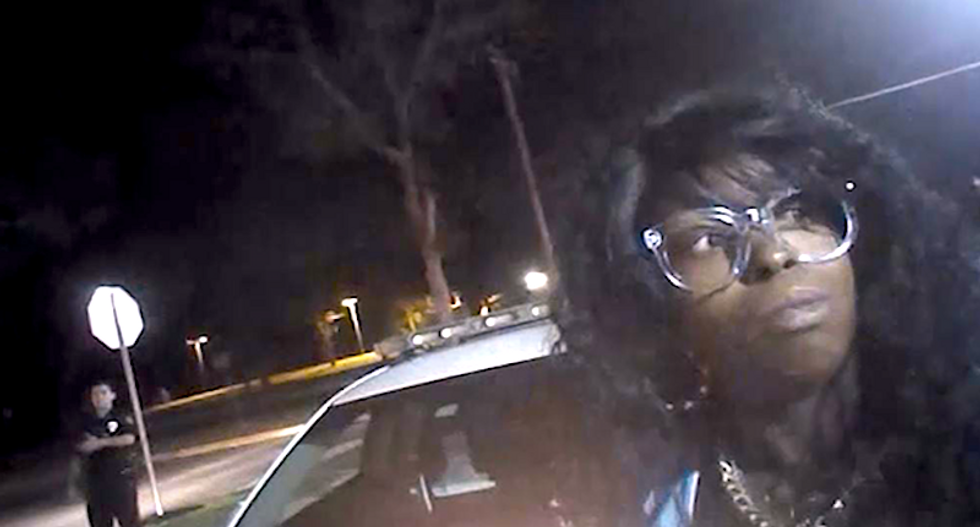 Police told a Florida woman to stop calling 911 just hours before she was shot to death.

She had called Sanford police hours earlier during an argument early March 27 with Cashe, who told officers Herring was drunk and making false accusations.

Herring called police again about 20 minutes later, and an officer can be heard on body camera telling her not to call back.

“We’re going to handle it,” the officer says on the video recording. “Just stop calling 911 and making accusations that you don’t know about.”

One of the officers can be heard saying Herring is afraid Cashe will harm her, and he was handcuffed and placed in the back of a police cruiser, but police said there was no reason to arrest him at that point.

Police eventually left after determining the situation was a "civil matter" that did not involve any violence, and they let Cashe leave after getting his keys -- which had been the subject of the argument.

Investigators said Cashe came back three hours later with an AK-47 rifle and went on a shooting rampage.

Cashe is accused of killing Herring and one son, and then attempting to kill her 7-year-old son, father and two bystanders.

All four of the victims remain hospitalized, with three in stable condition and the fourth in critical condition.

Sanford police did not respond to requests for comment about the body camera footage.