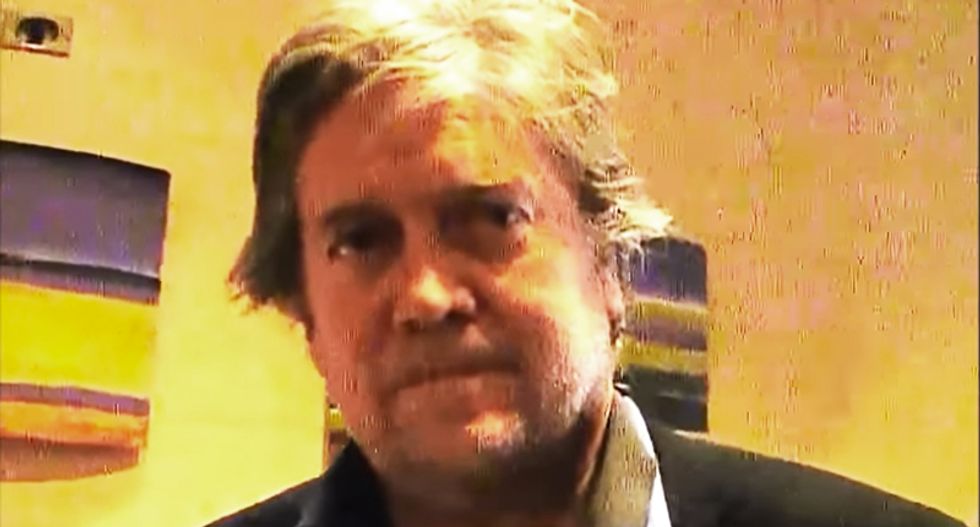 Steve Bannon was abruptly pulled from his seat on the National Security Council, but the White House explanation raises more questions than it answers.

The White House chief strategist and former Breitbart News publisher was added to the security council on Jan. 29, three days after then-acting Attorney General Sally Yates raised concerns about Michael Flynn -- then national security adviser -- and his communications with the Russian ambassador.

"We all knew Flynn had issues," the senior White House official said.

Flynn resigned Feb. 13 after it was revealed he had lied to the vice president and other White House officials about discussions he'd had with Russian ambassador Sergey Kislyak about the possible lifting of U.S. sanctions.

President Donald Trump complained afterward that Flynn, one of his closest campaign advisers, was a "wonderful man" who was unfairly targeted by the media.

The same official said Bannon's position on the NSC was intended to be temporary, and he never went to a meeting.

A White House source said Bannon completed the work he was asked to do for the president and was no longer needed on the council.

Several officials said the NSC had been preparing a different statement, but Trump's closest advisers took over the process.