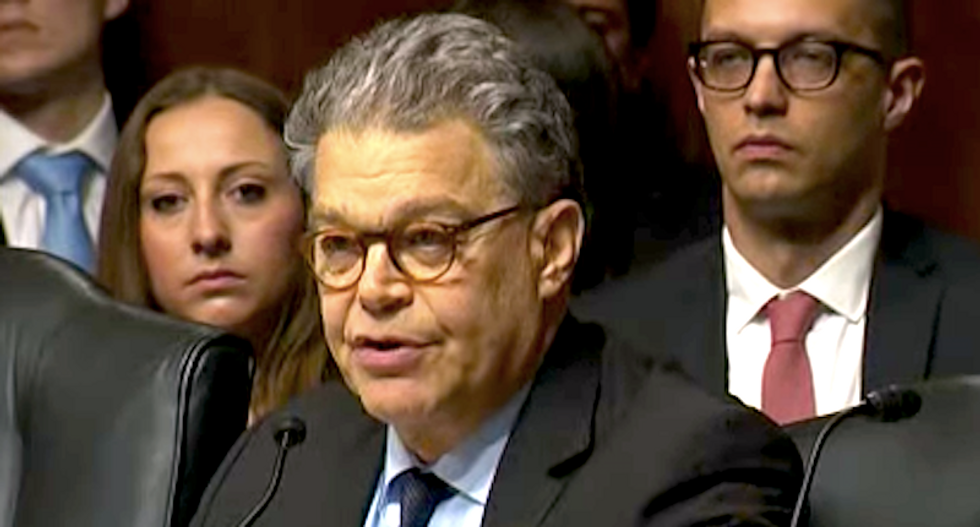 The Minnesota Democrat laid out business relationships between Trump, his White House staff, cabinet officials, campaign advisers and Russia, and he asked whether FBI investigators had access to the president's tax returns.

Comey declined to say whether investigators had viewed Trump's taxes, but he agreed that had Russia in the past exploited financial arrangements to influence politics abroad.

"I hope people don't over-interpret my answers, but I don't want to start talking about anything -- what we're looking at and how," Comey said.

He agreed that intelligence agencies believed Russia had a clear preference for Trump, which he said was based in Russian President Vladimir Putin's dislike for Hillary Clinton.

"The intelligence community assessed that Putin believed he would be more able to make deals, reach agreements with someone with a business background rather than someone who had grown up in more of a government environment," Comey said.

He declined to say whether investigators believed Trump was vulnerable to manipulation through his business contacts with Russians, including the oligarch who purchased a Palm Beach, Florida, mansion from him a decade ago.

Franken also quoted Donald Trump Jr., who boasted of Russian investment in the family's real estate business, and the Russian financing of the Miss Universe pageant owned by Trump at the time.

Comey declined to comment on whether he believed it was unusual to see the number of unexplained and sometimes undisclosed ties between U.S. political officials and Russia.