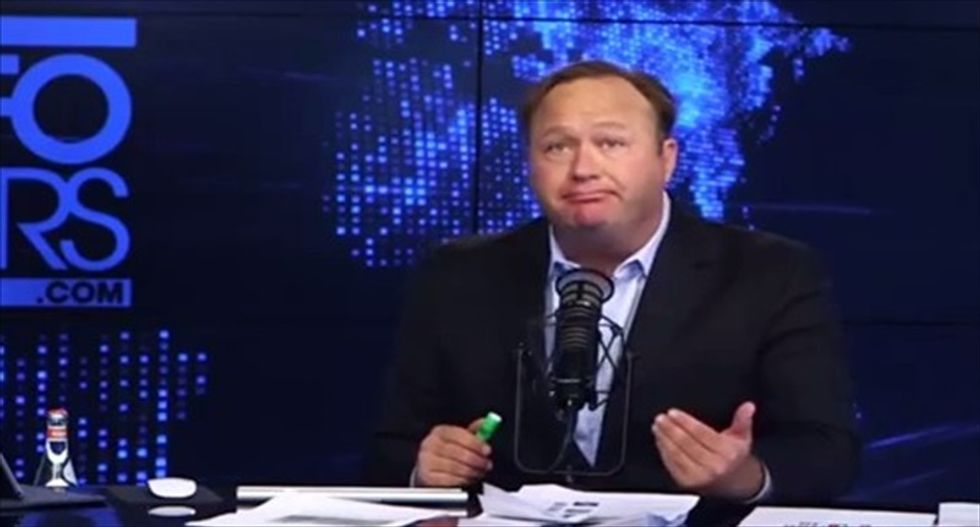 The pair blamed McMaster and other national security officials for damaging leaks on President Donald Trump blurting out highly classified intelligence to senior Russian officials, and they suggested the White House was under attack by Obama and Clinton loyalists.

"Because that’s part of being a leather daddy," Jones said.

Stone suggested those military and intelligence officials had shaved their heads for sinister purposes.

"Is it some secret club or something that they’re in?" Stone said. "I mean, it defies the odds of coincidence, that every one of these guys have the same kind of look. There it is. Extraordinary. By the way [McMaster’s] smirk at the end of this kind of gives the whole thing away."

"He looks like he could suck a golf ball through a garden hose," Jones said.